The Q&A Hole: What Was the Worst Movie You Ever Saw? 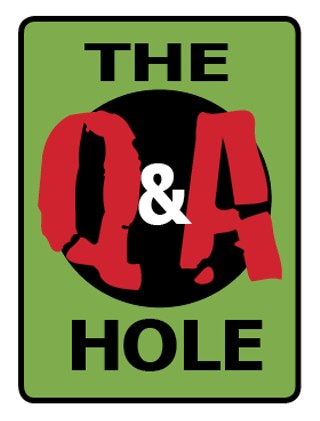 No, we mean the actual worst.

A cinematic failure, an entertainment sinkhole, the sort of thing you'd warn people against: That's the subject of this second installment of The Q&A Hole, a series of reader-responses – a new one appearing every Monday at noon! – in your Austin Chronicle online. Here's the response, from six of your fellow citizens, to …

WHAT WAS THE WORST MOVIE YOU EVER SAW?

Buzz Moran, sound designer: People always say some film is the worst ever made, but usually they're talking about something pretty entertaining. But I always say the worst films are the ones that are so boring you just can't sit through it. So I gotta think about that. (Summer of Sam and A.I. walk right on the line, I'd say.)

Chris Cubas, comedian: The flat-out worst movie I've ever seen has to be Uwe Boll's Rampage. It's a movie about a guy that goes on a mass-murder killing spree, shooting up this town, and somehow he found a way to make it boring as shit.

Julie Gillis of Bedpost Confessions: I just saw The Hobbit and I was really upset by it. I didn't like the look and "feel" of it – it felt like cheap video, like a soap opera, and the story didn't sing as did the book. It felt, and I may be damned for saying this, but like Jackson had money and influence and new equipment and got to play, and forgot about storytelling. Of course, I felt this way about Avatar, too, and I felt that way about Star Wars 1-3. They aren't the worst movies in terms of acting, certainly, or special effects or gloss. Those things are totally there, it's just that something felt ... gone from them. Like, I'd rather watch a simple pure story with limited budget and heartfelt acting (like in John Sayles' work) than something so over the top it misses the heart.

Brandon Zuern of Austin Books & Comics: That's a gotta-think-about-it question, because I actively seek out bad movies. But – one I did not enjoy? I'm gonna say, the movie that I really wish I'd walked out on in the theatre? That was The Crow II: City of Angels. It felt like it was a crass attempt to capitalize on the success of the first one. The motivations were very flawed. Basically, the dead guy says, "I don't know what to do." And the girl says, "You have to kill." And I need a bit more motivation than that, there's just not enough drive there for me. And I was really looking forward to seeing Iggy Pop play the bad guy, but they gave him nothing to do, so I was super-disappointed.

Tim Doyle, artist: It's a toss-up between Highlander III and Batman and Robin. Highlander III just made no sense from top to bottom. It was completely unnecessary. It was like something written by somebody in a fever dream: It didn't make any sense. Batman and Robin was crushingly disappointing, and the kids in the theatre, one of them had a laser pointer and kept pointing it at the screen. So I almost punched a ten-year-old in the face. It was just … bad all around, yeah. Bad times.

Lars Nilsen of the Alamo Drafthouse's 'Weird Wednesdays': Here's where I'm at on this: I don't want to say a cheap movie, because I think that cheap movies always end up getting this bad rap. Because I think, if a cheap movie is made, then, honestly, the filmmakers have done vital and important work because they got a movie made. So if someone makes a movie for fifty thousands dollars – it's just off-limits for criticism, because it's a special artifact. So what I want to do, I wanna stick it to some awful, big-budget movie like Zack Snyder's made, something like that. But I don't watch those movies, so it's hard for me to – oh, I know: The Lovely Bones. It's one of the worst movies I can ever imagine seeing – and I walked out of it, so I only watched maybe the first 20 minutes of it. And it's this big expensive move, and the beginning part of it is set during the '70s, and I'm looking at it and I see a Herman Hesse Siddhartha paperback – and it's like the 1992 paperback. And then there's a barcode on a thing – in 1971. And I'm like, "This movie cost 80 million dollars or something, and they can't figure out a way to not put a barcode in the foreground of the fucking thing? They can't look at the publication date on this Siddhartha?" It's just like this, this contempt for the audience. So if I saw that in a fifty-thousand-dollar movie, it wouldn't be a thing; but to do that in an 80-million-dollar movie, it's such contempt. It's the sort of thing that happens in a movie that has no heart, that nobody cared about, that wasn't needed – which was proven.