Alt-comedy hero misses the mark in an uneven standup show 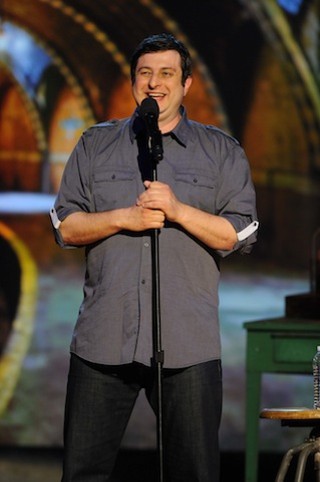 Eugene Mirman: An Evening of Comedy in a Fake Underground Laboratory (photo by Frank Micelotta)

Eugene Mirman’s comedy can be hit or miss, but I think that erraticism is a testament to his willingness to try new things and explore creative boundaries. Still, tonight's Comedy Central special is more misses than hits.

The hourlong Eugene Mirman: An Evening of Comedy in a Fake Underground Laboratory, filmed at the Fillmore in San Francisco, feels like a dulled version of his stand-up – like Mirman phoning in Mirman. The timing is there, the feel of his usual shtick intact, but the material, a few clicks short of the comic’s typical ridiculousness level, isn’t as sharp or as bizarre. Call it Mirman for Beginners, toned down for a general audience. But his comedy is defined by being too weird for many mainstream comedy audiences. Trying to find some kind of middle ground won't please his devoted fanbase, and I doubt it'll attract many new fans or convince any on-the-fencers, either. The special simply doesn't pop like great comedy should.

There's still plenty of funny stuff here, especially when he’s either improvising or over-exploring weird scenarios. When he answers questions on note cards submitted by the audience, Mirman’s ability to humorously misinterpret and analyze people’s questions on the spot is hilarious. When he has a conversation with an alien (whose voice is represented by him playing a theremin) about gay marriage, it's pretty hysterical. His closing jokes about strange Facebook ads he’s made (“Like Hockey? Get 20 percent off of hookers in Spain”) are vintage Mirman and make putting up with less inspired material almost worth it.

Some of Mirman’s best stuff is him giving bizarre advice as a twisted, oblivious character – in fact, he has a whole book of it (The Will to Whatevs: A Guide to Modern Life). His “Advice from the Sexpert” video and “Advice on Surviving High School,” as well as “Insane High Detective” videos are among my YouTube go-tos when I need a laugh. That kind of comedic prowess is only on fleeting display in the Comedy Central special. Fingers crossed it was just an off-night caught on camera. 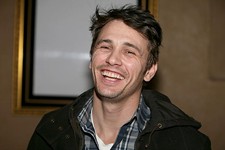