The Hour, about the early days of TV news, started strong last year but soured into silliness by the end of its six episode-run with a mystery plot better suited to spy shows like MI-5 or Alias. The second season debuts tomorrow night; judging by the first two episodes, it's found its footing again. 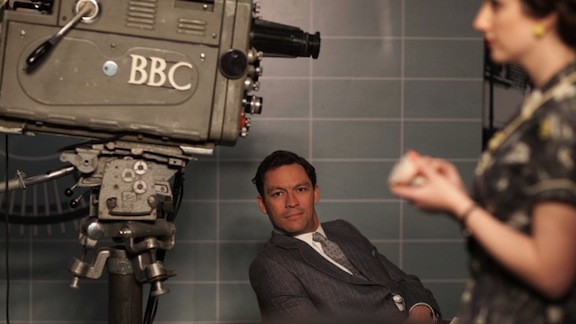 Dominic West in 'The Hour'

The first two episodes (which were all BBC America sent in advance) nimbly mix political upheaval and domestic drama as the show picks up roughly nine months after the events of last season. A new head of news has been installed, Randall Brown (played by the marvelous Peter Capaldi as a man of few words – all well-chosen and stinging – in sharp contrast to the deliciously obscene motormouth of The Thick of It), while Bel (Romola Garai), the producer of hourlong current events program The Hour, is at her wits' end wrangling her functional drunk of an anchor Hector (Dominic West) and missing her best reporter slash unresolved crush (or is he?), Freddy (Ben Whishaw), who was sacked after the scandal over their former boss (turns out he was a Soviet spy) and left London on a soul-searching world tour. 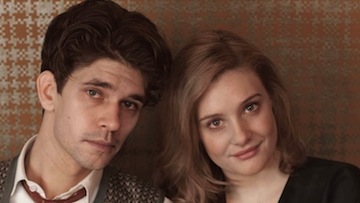 Ben Whishaw and Romola Garai in 'The Hour'

The newscast features 1957 talking points like Laika the space dog, NATO, nuclear scare tactics, and the rise of fascism in Britain, and some of the stories hit the players close to home, as in an interracial relationship hounded by followers of British fascist Oswald Mosley. And a subplot involving the slick-smiling Hector and a nightclub performer suggests a still-developing story about pornography and the potentially corruptible vice squad fighting it.

The Hour, at its sumptuously art-directed heart, is an upscale soap opera, and the first two episodes work up a fine froth: There's married Hector and his fed-up wife (Oona Chaplin); Bel being wooed by a producer from a rival show; and Bel being confused when Freddy returns from his travels markedly changed (for one, he digs Ginsberg; and two, he wears a three-piece suit wickedly well – no surprise to anyone who caught his moving turn as a 1930s composer in Cloud Atlas); and a knotty past just glanced at between new guy Randall Brown and foreign desk chief Lix Storm, played by Anna Chancellor, who was underused last season as nothing more than a cautionary tale for the younger Bel, but seems poised for better treatment with this romantic intrigue. 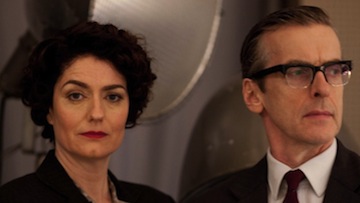 Anna Chancellor and Peter Capaldi in 'The Hour'

The Hour still feels overproduced: There are hey-look-at-this! closeups on period curios, as when Freddy stamps out a cigarette on an interior wall (we get it: people were funny about smoking back then) and inorganic stage movements. In the first episode, Bel comes into frame to deliver a line, flurries a hand around to justify her exit and someone else's entrance, then sweeps back in at the appointed moment to spit out another line. It's a small and inconsequential exchange that nonetheless feels phony, making one long for the old Sorkin/Schlamme walk-and-talks that similarly went nowhere and yet felt full of genuine purpose.

Bel, in general, is a sticky wicket. The struggle to juggle her private and professional lives is one that resonates with contemporary audiences, and The Hour pulls it off without too heavy a modern-revisionist hand shaping our sympathies. And yet: Must Garai wear emotion so plainly on her face, chew her lip with such uncertainty? It's hard not to wince as Bel raps on a closed door, wondering if someone is okay. She doesn't read like a professional making sure her employees are sorted; she reads like a worried mommy tending to her brawling sons – one of whom she's already played, shall we say, patty cake with, another we think (we think?) she might want to.

Maybe that's just this modern revisionist's take on the thing. I'm all for Bel having her highball and drinking the hell out of it, too. I just don't want her to fall to pieces every time one of her guys slams a door in her face. Bel should do the slamming – she's the boss, after all – and I'm eager to see if she gets on the right side of slamming doors in the next episodes.

The Hour premieres on BBC America on Nov. 28 at 8pm. The debut episode of season two is currently streaming via BBC America on Demand; check your cable distributor for availability.