Heyride Has a Hitch in Its Get-Along

Heyride is on the cover of the Austin Chronicle this week, but the legality of the service is in dispute. Hours after the Chronicle hit stands this morning, the City of Austin issued a press release, revealing that three weeks ago, on Oct. 31, it had sent a cease-and-desist letter to the company’s CEO, Joshua Huck.

The letter advised Huck that “Heyride very closely resembles […] a taxi franchise, and that any operation dispatching drivers to potential passengers on-demand requires a City Council approved Franchise Agreement, and that all drivers are required to successfully satisfy criminal background and driving history checks as per Austin City Code.”

Heyride does perform criminal background checks, as the article mentions, though when I registered for the service as a driver, I didn’t have to pass one for my driving history. While the cease-and-desist letter wasn’t publicized until the press release was issued this morning, part of the conversation between Huck and the Chronicle did include a discussion of the legal and permitting issues involving the service and its drivers.

When asked if the company had a lawyer who explained to them why they didn’t need permits, Huck responded, “It’s new technology, and we currently exist in this grey area. You can say, ‘Is it illegal for me to get in your car and give you five bucks for taking me to the grocery store?’ How illegal is that? Are you a ground transportation service now? Are you my chauffeur, or are we still friends? Or are we both?”

Those are fine theoretical questions (it would have also been a fine time for Huck, who was interviewed on Nov. 9, to mention receiving the Oct. 31 cease-and-desist letter), but that sort of abstraction may not get Heyride off the hook: “He’s operating a franchise,” explains Karla Villalon, public information manager at the Austin Transportation Department. “If you look at his revenue model, he takes a cut on every transaction, so I don’t know that it’s a friendly exchange anymore. That type of service is regulated by the city.” (Other unconventional transit operators, including pedicabs and electric cabs, have also bumped up against city regs in recent years.)

The city had requested a meeting with Huck to discuss Heyride, which he had scheduled, and then canceled. (He’s since reached out to the Transportation Department to reschedule.) “There were some internal discussions before we opened that conduit up,” he explained today after the City of Austin issued its press release about the cease-and-desist letter. “We had to consult within our organization to make sure that we presented ourselves accurately to the city, so the city has the correct view of what we do.” 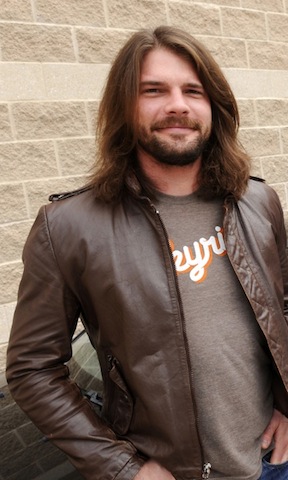 One group that Huck may not have presented Heyride’s status accurately to, however, is its drivers. It’s understandable that, as he sought to publicize his company, he might choose to decline to inform the Chronicle about the fact that the city had challenged its legality. It’s less understandable that he kept this from the people who produce the service that makes Heyride work – especially since those people face potential criminal liabilities for offering rides.

The press release reads, “Should those associated with Heyride proceed with providing unlicensed for-hire services in Austin, citations will be issued to those observed operating without a permit/operating authority, which is a Class C misdemeanor,” and Villalon clarified that this does refer to both “the drivers and the franchise operator.”

Huck, for his part, is unconcerned about this. “I don’t know how they’d enforce it,” he said today. “To me, that sounds like they’re trying to strike fear into the heart of people who are giving rides to each other.” While it’s reasonable to question if it would be a good use of city resources to, say, have police request rides on the Heyride app and then ticket the driver who shows up, it’s also reasonable to expect that this possibility is something that the company probably ought to have shared with its users once the city notified them.

The question of Heyride’s legality isn’t settled by the fact that the city issued a cease-and-desist letter to the company, and Huck is almost certainly right when he says that this business model is something that the city will need to learn to work with. “We may be the first, but we’re not going to be the last,” he said. “If I were the city, I’d love to work with a local business trying to do something positive here, instead of threatening them with fines.”

One group who might take issue with it, though, are the taxi companies. Taxi permits are tightly regulated, and the Taxi Drivers Association of Austin were incensed after a new round of 45 additional permits were issued over the summer, which cost individual cab drivers revenue. And Huck believes that they may have also pressured the city to pursue legal options against Heyride.

That may be the position of someone looking for an excuse as to why the company he’s spent months building is suddenly under legal fire, but it’s possible that it’s true, as well – for evidence, he points to tweets that the company has received from an Austin cabbie (@41grapeape) that included a photo of a copy of the cease-and-desist letter, sent on Nov. 13. Karla Villalon at the Transportation Department isn’t aware of how the cab driver received a copy of the letter before the press did, though she notes that it is in the public record. The driver himself didn’t respond to questions within the narrow time window for this story.

No matter what ends up happening with Heyride, the City of Austin, and the cab drivers who may or may not be out to shut the service down, one thing remains clear: The newness of the business model utilized by companies like this, as well as their user-to-user nature, means that the law and regulators are going to need to figure out a way to deal with them soon – and that the old approaches are probably not going to be sufficient for companies that operate in so many gray areas.

Going Places
By merging technology and old-school community building, Heyride just may revolutionize how you get from here to there