'All in the Family: The Complete Series'

The situation comedy changed forever and forever changed how popular television could impact popular culture when Norman Lear's All in the Family debuted on CBS on January 12, 1971.

Battered by our own current, bizarre culture wars, it's simultaneously easy and problematic to see why Lear's fearless, shibboleth-shattering comedy caused such a brouhaha over the duration of its nearly nine-year run. Even a small sampling of the 208 original episodes contained in All in the Family: The Complete Series (Shout Factory; $199.99), however, belies the notion that Lear's four-decades-old show has not aged well in the interim.

If anything, the myriad groundbreaking sociopolitical fireballs lobbed by the show -- issues of homosexuality, race relations, war, abortion, rape, working class conservative vs. long-haired liberal ideologies -- are even more pertinent to the national conversation today than they were when All in the Family first introduced them.

For those who've never watched the show (or watched it in its truncated form in syndication, where each episode lost 2-4 minutes to commercial breaks), All in the Family revolved around the Bunker household, in Queens, New York. Cantankerous (yet lovable) bigot Archie (Carroll O'Connor), his flighty, often addled-seeming (yet totally sane and relatively grounded) wife Edith (Jean Stapleton), their ditzy daughter Gloria (Sally Struthers), and her husband Michael Stivic (future Stand By Me director Rob Reiner), a countercultural Yin to Archie's xenophobic WWII-vet Yang, spent each episode arguing the politics of the day, and, disturbingly, of today as well.

One of the first television shows to be shot on videotape in front of a live audience, the laughter -- often accompanied by a cringe -- and discussion the show provoked was painfully genuine. Set for the most part in the Bunker's living room, which was dominated by Archie's Barcalounger-cum-throne, the humor came not from the pratfalls or vapid fish-out-of-water situations that previously marked the American television comedy -- a la The Beverly Hillbillies, Gomer Pyle U.S.M.C., or The Andy Griffith Show -- but from verbally authentic arguments and Archie's hilariously stilted malapropisms.

To a certain degree, All in the Family owes a debt to John G. Avidsen's hyper-reactionary 1970 movie Joe, but instead of going on a hippie/pot-head killing spree like Peter Boyle's eponymous character in that film, the friction between post-flower child Mike (aka "Meathead") and curmudgeonly bruiser Archie was strictly ideological, and all the more subversive for it.

Put it this way: if not for All in the Family, there would likely have been no M*A*SH*, or, later, Roseanne, and there certainly wouldn't be the multiple spinoffs the series produced, among them The Jeffersons and Maude. (Also, there probably wouldn't have been a Beastie Boys shout-out to Vincent Gardenia on the group's track "So What'cha Want?" Gardenia played the Bunker's Roman Catholic neighbor Frank Lorenzo.)

The antithesis of Andy Griffith's Mayberry RFD (not to mention Pleasantvile), Archie Bunker was an anti-Semite, a misogynist, and a racist, but -- thanks to Lear's hand-picked stable of writers and O'Connor's authentically charming portrayal of the character -- not, ultimately, a bad guy. More importantly, All in the Family was one of the first water-cooler shows, "must-see" TV for a nation literally at war with itself. It broke the metaphorical ice around discussions of paramount, real-life importance, and it did so with hilariously cranky, stogie-chomping panache.

In addition to the series' complete run, Shout! Factory's boxed set includes a recent -- and lengthy -- interview with Lear, two documentaries on the birth and cultural relevance of the series, and the show's original pilot episode (featuring a totally different and alarmingly off-target cast). Brilliant stuff all the way through.

The Incredible Mel Brooks: An Irresistible Collection of Unhinged Comedy (Shout Factory, DVD $89.93): Six discs and eleven hours of the Young Frankenstein director's television appearances, including his legendary 2,000 Year Old Man bit with Carl Reiner (Rob Reiner's dad), and rare ephemera from the Catskills to Hollywood and back again.

The Night of the Devils (Raro Video, $19.98): Giorgio Ferroni's 1972 shocker is a queasy-awesome adaptation a Tolstoy short that had previously been retrofitted by Mario Bava in the anthology film Black Sabbath. For our money, Ferroni's is the better match, hallucinatory and hypnotic in equal measure.

READ MORE
More All in the Family 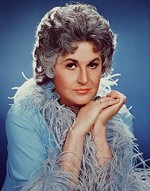