AFF2012: A Conversation With Paul Feig

'Freaks and Geeks' creator looks back 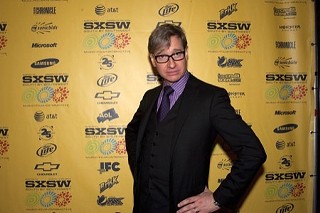 Freaks and Geeks was one of the first canceled shows we all binge-watched on DVD. It may come as a surprise that its creator, Paul Feig (pronounced Feeg) is an extrovert and a bit of a dandy, more “Neal Schweiber” than “Sam Weir.”

Despite coinciding with the Austin Film Festival's annual Hair of the Dog Brunch, the Ballroom at the Stephen F. Austin was full for Sunday panel A Conversation With Paul Feig. Wearing a crisp black suit and a skinny (but not too skinny) tie, the screenwriter, director, and showrunner lit up the room. He joked about Ben Lewin’s The Sessions: “I was born with an iron lung. It’s called my personality.”

A fast-draw wit himself, Feig says the key to comedy directing is leaving room for off-script spontaneity. “You can’t be the kind of director who says, ‘You have to do it exactly like this,’” because anything forced becomes transparent. Audiences can tell when they’re hearing written joke delivered verbatim. Directors can’t be control freaks, and actors can’t take themselves too seriously either: “Vanity is the death of comedy. Unless you’re doing a thing about a vain person, and then you have to take ‘em down.”

He advised novice writers to dig into their first eighteen years for material. “What happened to you in high school never stops happening to you,” he said, describing his younger self as the tragic eternal optimist, waking up on the sunny side every morning and gradually getting beat down into misery and alienation as the day wore on. He was never into comic books, he said. He couldn’t identify with the unrealistic problems of superheroes. That lack of interest in “victories,” he conceded, was part of the reason NBC canceled Freaks and Geeks after one season: “Who wouldn’t want to see the worst moments of their lives portrayed onscreen? Turns out, a lot of people.”

After his feature 2003 I Am David, Feig says he landed in “movie jail.” The upside of this was the chance to work on some of the best shows on television: Arrested Development, Parks and Recreation, Mad Men, and 30 Rock. Back in Hollywood’s graces after the success of Bridesmaids, he has just directed a lady cop buddy comedy, The Heat, starring Sandra Bullock and Melissa McCarthy.

During the panel, he premiered the trailer. The Heat looks action-packed, raunchy, and R-rated. Feig gave a small role to internet comedian Spoken Reasons based solely on his YouTube work. Maybe if your video goes viral, you can be Feig’s next discovery.