From the Vaults: James Patterson on Film

Reviews of 'Alex Cross,' 'Along Came a Spider,' and 'Kiss the Girls' 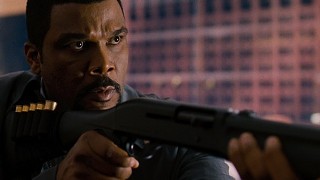 According to Chronicle film reviewers, James Patterson's novels have not led illustrious lives in their transposition to film. In reviewing the new film Alex Cross, Marc Savlov says: "It’s a mess, really, but a crowd-pleasing one."

Tyler Perry breaks from his routine groove to play Patterson's titular police profiler in Alex Cross. Before him, Morgan Freeman twice played the lawman in Kiss the Girls and Along Came a Spider.

In his 1997 review of Kiss the Girls, Russell Smith cited the film's "sensory overstimulation [for heightening] our gut response to the horrific subject matter." This in turn "inspire[s] an esthetic, rather than moral, intellectual, or even visceral response to evil."

Four years later, Marrit Ingman described 2001's Along Came a Spider as "an efficient, if overly mechanized, delivery system of thrills 'n' chills, classed up by some narrative sleight of hand and the rock-solid performance of Morgan Freeman."