The mega-monstrous Mondo Gallery show highlighting the demigods of ghoulish, the Universal Monsters, opens this weekend. We've got an exclusive first peak at two original pieces getting nailed to the wall for Halloween, courtesy of California-based pop artist Mike Mitchell. 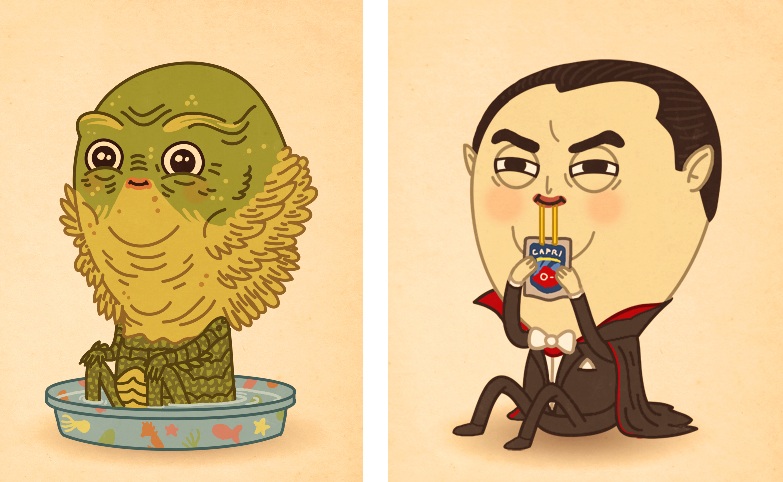 Mitchell's depiction of the dangerous duo joins his Just Like Us collection, a cutesified take on every icon from Carl Sagan to the Ultimate Warrior. He has already been busy for Mondo, dropping a gorgeous The Iron Giant print at NYCC last weekend, plus he's been their go-to Adventure Time guy. Now he's brought out the aaaawwwwdawabubble in Count Dracula and the Creature from the Black Lagoon.

For the Mondo Universal Monsters exhibition, Mitchell joins a who's who of Mondo faves, including FX innovator Rick Baker and poster legend Drew Struzan taking on Universal's menagerie of menace. The shows runs October 19-November 10, 4115 Guadalupe. As always, there will be original artworks like Mitchell's, as well as some Mondo prints for sale. 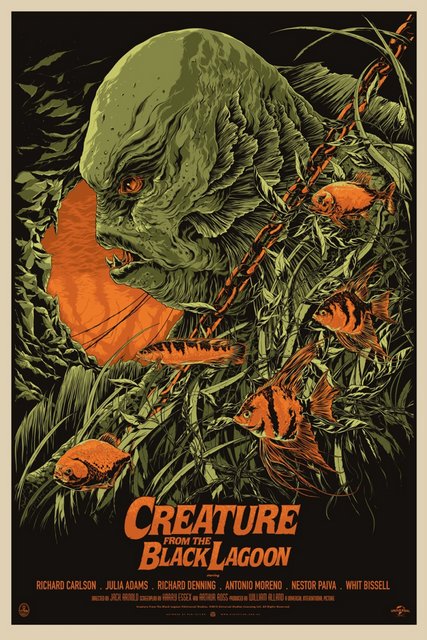 Creature from the Black Lagoon by Ken Taylor Edition: Ltd. edition of 430, $50 (Image courtesy of Mondo) 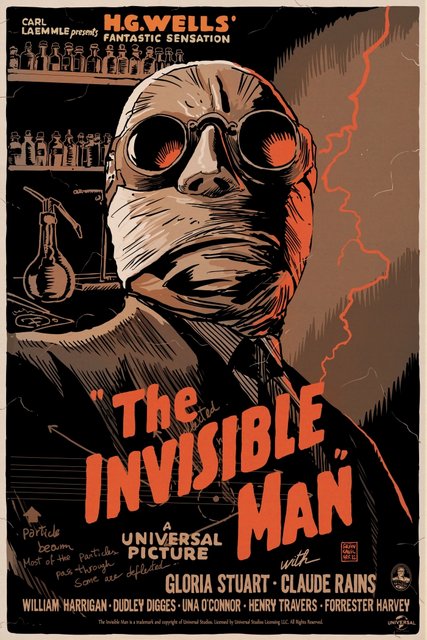 The Invisible Man by Francesco Francavilla: Ltd. edition of 405, $45 (Image courtesy of Mondo) 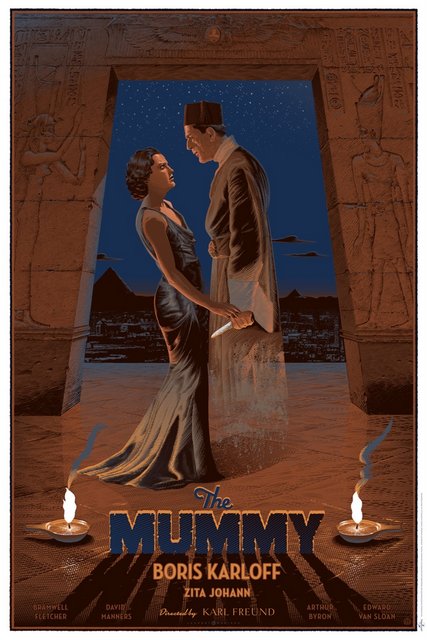 The Mummy by Laurent Durieux: Ltd. edition of 400, $50 (Image courtesy of Mondo)