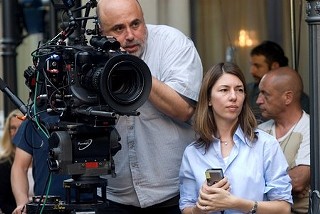 Harris Savides on the set of Sofia Coppola's 2011 film 'Somewhere'

Too often the creative contributions of a cinematographer are misattributed to the director. But if you look at the CV of Harris Savides, one thing unites the disparate films, and that is a sensory acuity that didn’t simply service the narrative, but made it more immediate, more tactile.

Think of the awful, aching isolation of Gerry or the warmly lit domestic idylls of Milk: Movies a mile apart in terms of content and tone, but we were brought nearer to the subject by way of Savides’ photography.

Consider also: Somewhere. Zodiac. Birth. I was so mesmerized by the dust motes dancing in Greenberg I could've written a sonnet (instead they got a crummy not-even-haiku – again, the plight of the cinematographer). If you look back on our reviews, more often than not Savides’ contributions – malleable, ever-evocative – were given special notice. In rarer cases, Savides’ touch was the only thing notable about a particular picture, but not that often: That’s because he was sought after by the industry’s most singular talents – Gus Van Sant, David Fincher, and Sofia Coppola were regular collaborators – and he made them better.

Savides died yesterday from an undisclosed illness. Certainly the art of cinematography has taken a hit, but if you love cinema – period – his absence will be felt.

In August, Savides rifled through the Criterion Collection library and mused on Helmut Newton and Krzysztof Kieslowski, among others. In four short minutes, we enjoyed a direct line into a movie lover’s mindset – an intimate lens into someone most of us only knew through the intimacy of his imagery.