From the Vaults: When Shirley Clarke Met Roger Corman

I wrote a piece this week in the Chronicle about filmmaker Shirley Clarke and her 1985 movie about jazz pioneer Ornette Coleman, which the Austin Film Society is screening next Wednesday. While procrastinating, I looked in the paper’s online archives (which go back to 1995 –

and now include material from about half the Chronicle’s 31-year lifespan) to see what we had written on Clarke in the past. 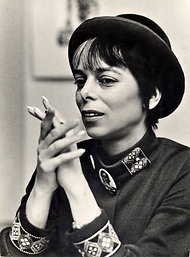 I came up with only a few passing references – she’s cited whenever women filmmaking pioneers are mentioned; her name is invoked as a primary influence by one SXSW filmmaker during the course of an interview; and Clarke has been mentioned twice in passing by Michael Ventura, god bless him. (Ventura, of course, is well aware of Clarke’s importance to the American independent cinema. As a chronicler – in book and film – of the life of John Cassavetes, Ventura surely knows that it was Clarke who loaned Cassavetes the camera to make his first feature film, Shadows. The rest, as they say, is American independent cinema history.)

However, the reference that I’ve been thinking back to all week is the story Louis Black tells in a 2007 “Page Two” column about the making of Jonathan Demme’s second film Crazy Mama, a 1975 drive-in movie that he and I both love with a giddy passion. Crazy Mama, starring Cloris Leachman as a matriarch in a tiger-print dress, was produced by Roger Corman’s New World Pictures. Corman was well-known for giving the first, big break to so filmmakers who went on to become titans: Martin Scorsese, Peter Bogdanovich, Jack Nicholson, Joe Dante, Francis Ford Coppola, James Cameron, and more. Corman also had a reputation for allowing his New World pups great freedom as long as the films they made contained certain formulaic elements that he considered necessary for a successful film. He was also known for his guiding presence in the editing room.

Demme had already finished one picture for Corman – the women-in-prison steamer, Caged Heat – and was in preproduction on what was supposed to be his next film for Corman – Fighting Mad. But then he received a phone call from Corman telling him to switch gears and start work on the film Crazy Mama, whose director had been canned 10 days before the start of shooting. That director was Shirley Clarke. As Black describes in the column: "Clarke had been an eccentric choice, a New York filmmaker who had made some experimental films and two very gritty semidocumentary narratives about the mean streets of New York: The Connection (about junkies waiting for the man) and The Cool World (set in Harlem)." 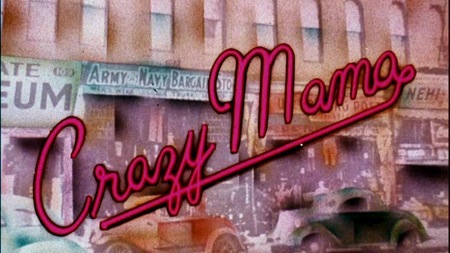 That this king of the drive-in movies and queen of the New York avant-garde thought they might create something together is almost laughable. It could only end in arguments and disaster – and thus it did. Clarke provides her account of what went down in an interview with DeeDee Halleck:

"I was actually asked by Roger Corman to do a movie in Hollywood. Of course the whole thing blew apart when I found out that what Roger wanted was for me to be 22 years old. He wished I had never done anything in my life. Let me tell you what he said to me. We're sitting, right? He's heard from the cameraman that I didn't plan to shoot the way he'd like. And so he says, I hear you don't plan to do coverage. With a very innocent face, I said, what's coverage? He says, wide shot, medium shot, close up.

"I said, why would I want to do that? I always take the correct shot and then I might take a few cutaways and things, extra close-ups so I can tighten or loosen the sequence. And he said to me, "Maybe we really shouldn't be working with each other. I'm sorry, but I hoped I could do for you what I had done for Martin Scorsese, Peter Bogdonovitch [sic].” And he listed a whole bunch of filmmakers that are ten years younger than I am, all these men who did their first movies with him. And I realized that he didn't have any idea who the fuck I was. Clearly he couldn't be talking to an established filmmaker who had gotten prizes and stuff. He didn't know who I was at all. He wanted me to shoot his script, each scene in wide, medium and close up, so that later on he could edit it. For me to make a cheapy film I didn't respect with a script that I didn't like, without the right to at least do it the way I want, for God's sakes, that's insane."

Demme explains in Jonathan Demme: Interviews by Robert E. Kapsis that Corman’s wife Julie, who was also a New World producer, was the link between Clarke and her husband. “There was a rather heavy feminism in the air, and Julie thought that Shirley Clarke , who had some talent, could direct a picture for Roger Corman, but Shirley Clarke wasn’t prepared for the New World Spirit, nor was New World prepared for Shirley Clarke’s New York spirit, and the result was foreseeable.”

Foreseeable. Corman and Clarke: oil and water. Hollywood vs. New York, formulas vs. experimentation. Somehow that all ended up with Jonathan Demme delightfully directing one of my all-time favorite films. 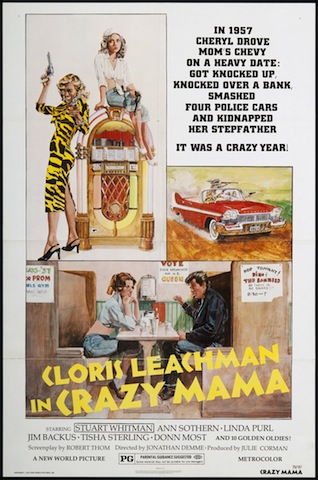 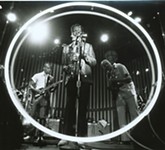