"Wait. Where are you going? I was going to make espresso." Austin's Chef du Cinema has dug deep for this Saturday's edition of his bi-monthly cooking school-cum-film screening. Six feet deep, to be precise, and while George Romero fans will leave with their bellies full to bursting, the film in question is not Night of the LIving Dead. (Try the raw bar at Seton if you must.)

As Le Chef (aka fantastic foodie and cinema scholar Ron Deutsch) told us, "There's only so many ways to prepare sweetbreads and Central Market has a very definite 'No human flesh' policy."

The Chef's cinematic choice for his All Hallow's indulgence? Mel Brooks' Young Frankenstein, of course, as much a classic in its own right as the iconic Universal monster movies it so lovingly parodies. Brooks' comic take on director James Whale's 1931 Frankenstein and its 1935 sequel, The Bride of Frankenstein, is masterful, knowing, and consistently hilarious. It's one of those rare films that both embraces and transcends the genre that inspired it.

Cinematic comfort food for famished fiends, Young Frankenstein is Brooks' masterpiece, a flawless comic homage to the black-and-white nightmares of old. (And it was nominated for two Academy Awards, Best Sound and Best Adapted Screenplay.)

So what's for noms of the living dead? Here's the slathering revivifying mouth-watering menu straight from Chef du Cinema's delectable and elucidative site:

We're quivering with "an...ticipation," as Rocky Horror's Dr. Frank-N-Furter (no stranger to the delicious dead he) would doubtless say. 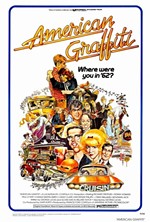 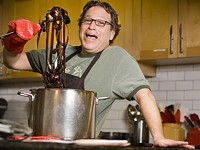