From the Vaults: Still a 'Heavenly Creature'

Melanie Lynskey started Down Under at the top 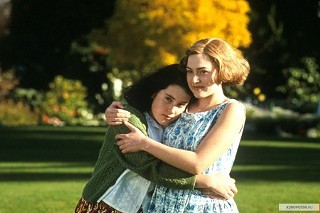 It may be hard to believe, but 1994's Heavenly Creatures was the first feature film for its co-stars: Kate Winslet and Melanie Lynskey. That was back in New Zealand during a time, early in his career, when filmmaker Peter Jackson still knew how to create stories with female characters as human beings rather than archetypes.

Today in Austin, the film, Hello I Must Be Going, starts a run at the Arbor and Violet Crown Cinemas. The film is a drama that stars Melanie Lynskey, and fans of Lynskey are rejoicing: Getting cast as the leading lady has been a long time in coming for this actress – perhaps as long as her co-starring turn with Winslet in Heavenly Creatures, the story based on true events of two teenage girls whose hermetic, outcast relationship leads to serious trouble. We all know about the subsequent career of multi-Oscar-nominee Winslet, but as for Lynskey … well, she's probably best known as Charlie Harper's daft stalker, Rose, on Two and a Half Men.

Lynskey is a talented scene-stealer wherever she shows up in film – usually in small but pivotal roles. She appears in another movie opening in Austin today, The Perks of Being a Wallflower in just such a capacity. Lynskey shined in her first American feature, Ever After, playing a wicked stepsister to Drew Barrymore's Cinderella, but it's only recently that she has begun to forge a solid identity with roles his such films as Steven Soderbergh's The Informant!, Sam Mendes' Away We Go, and Jason Reitman's Up in the Air.

Now that Rose has gone and offed that piggish Charlie Harper on TV (a delectable fictional resolution to the Charlie Sheen crisis on Two and a Half Men, we want to see more of Melanie Lynskey in our films. This week's double header is a good start. 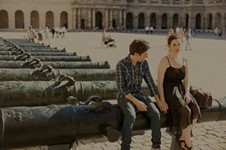 SXSW Film Review: 'We'll Never Have Paris'
The writing is whip-smart, but the characters fall short