FF2012: I Scream, You Scream, We All Scream for 'The American Scream' 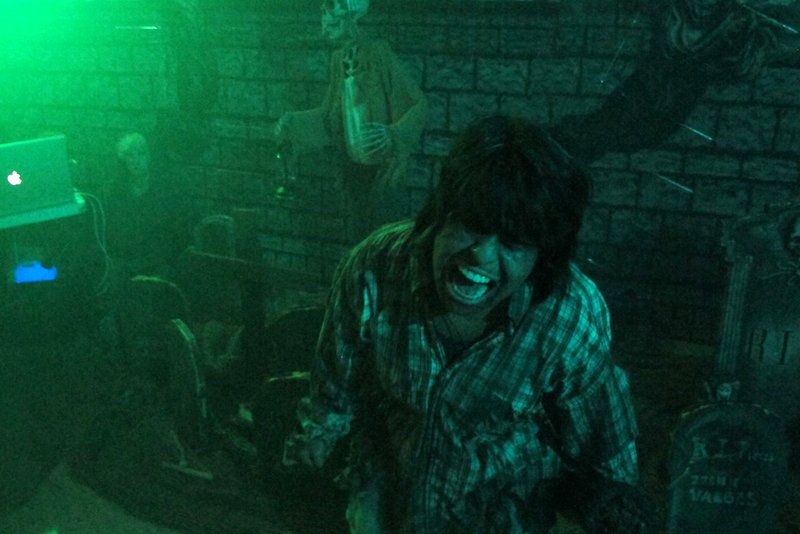 It's rare that made-for-TV docs like The American Scream gets a big screen outing, but like the home haunts it portrays, it always dreamed big. Director Michael Paul Stephenson explained, "In our heads, it was never a TV documentary." Like a home haunter makes magic from chicken wire, he created something that was a little more cinematic.

Halloween is a big deal in the sleepy Massachusetts town of Fairhaven, and that comes out in the number of home haunts that spring up at Halloween. These aren't just a few pumpkins on the porch: Much like Hyde Park's traditional cluster of elaborate yard displays, Fairhaven's residents go all-out for Samhain, spending months of their free time and their own cash making the biggest, baddest, bloodiest display they can, just for one night of trick-or-treating.

Home haunts are not unique to Fairhaven, but Stephenson found something unique in there. He explained, "Right when we pulled into that town, it was very small and very sweet and had a very distinctive sense of place. A lot of cities and towns around America all start to look the same, but there's a very distinctive sense of personality in Fairhaven, and that personality is very evocative of New England and Halloween."

That wasn't the plan. When the film makers stumbled on the world of the home haunt, their original concept would have included yards of scares from across the nation. They quickly assembled a long list of houses nationwide that could fit the bill. They narrowed that list down to a manageable list of 12, and the film's eventual central figures, the Bariteaus, weren't on there. As Stephenson told the premiere audience, their written application was unimpressive, and it wasn't until they visited them almost by accident that the Bariteaus became an obvious choice. It was Victor Bariteau that introduced them to another central figure, Manny Souza, and then, as it became clear that their national tour was targeting this one little neighborhood, they finally found the father-son duo of Ricky and Matty.

The location changed the film. Chatting the day after the premiere, Stephenson credited TV network Chiller for "taking a little of a departure from what they thought they wanted." 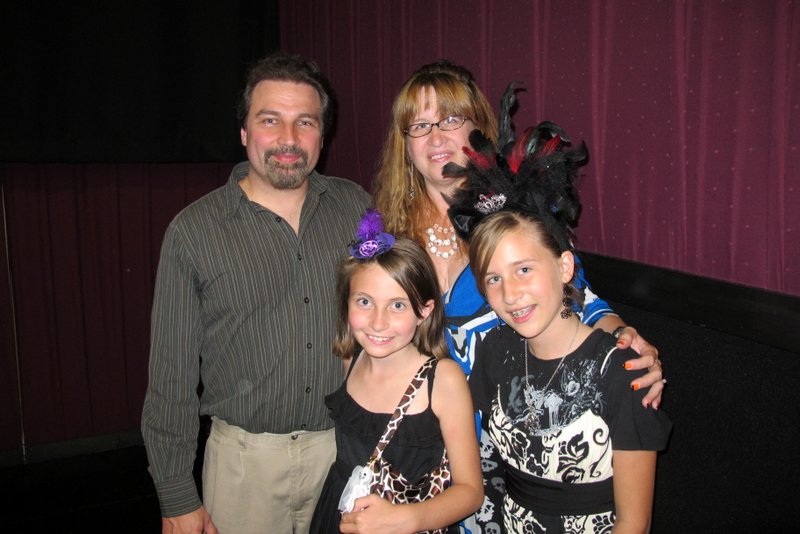 The family that scares together: The Bariteaus, featured in Halloween home haunter doc 'The American Scream' (Photo by Richard Whittaker)

The density of home haunts in Fairhaven doesn't just help the film: It also helps the haunters. Bariteau said, "If you have a whole bunch of good haunts in an area, it brings more people to yours." A real community of Halloween craftspeople evolves, swapping techniques and tips. He said, "You feed off each other, you get better, you learn how to do things that you didn't know how to do, and you teach people what you know. If one haunt is floundering, you want them to come up to your level."

It's not just local know-how. Like many dedicated home-haunters, Bariteau visits dedicated conventions across the year. He said, "I've been to Transworld when it was in Chicago, I go to Columbus, Ohio Mid-West Haunters Convention every single year – I will not miss that – and then I try to pick one other haunters' conventions. This year it was Hauntcon."

The other big influence was the online haunter community. He said, "Seeing other people's projects and how-to's, and now I have all this information. When it was myself, building with all these other materials I knew how to build with, it wasn't incredibly good. But once I found the online community, things exploded."

However, no matter how much information he could download, Bariteau has always depended on his friends and workmates to help turn his suburban home into a chamber of horrors. Having watched the film, he had a little more sympathy for how they put up with his incredibly frantic preparations. "I was like, 'What a jerk that guy is!' I don't know why I have very friends left," he said. Not that he's oblivious to how much stress he's creating (one of the film's most tender moments is a gentle moment of apology between Victor and his wife, Tina) but there's no dodging the occasional minor blow-up. "Usually it's just small little episode, but this was a collage of all those small little episodes."

Stephenson said, "It speaks to Victor's character on who he is through the rest of the year that he has those friends, year in, year out.

Bariteau was still a little contrite. He said, "After seeing that, I think I have to go back to them and apologize."

Fantastic Fest presents The American Scream Thursday, Sept. 25, 11:45am. The documentary screens on the Chiller Network on Oct. 28 at 8pm Eastern, 7pm Central.