And you thought your schooldays were hellish 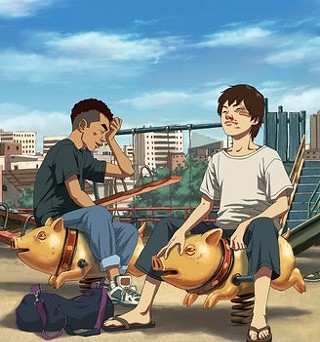 Consider all that as nothing -- well, not nothing, but less than you thought -- when compared to the rampant cultural nihilism woven throughout Yeun Sang-ho's first pitch-black feature. On the face of it, The King of Pigs is the story to two old friends (allies, really) who reunite to reminisce about their inglorious days of being wild. Reminisce isn't the right word for the vituperative revelations that follow: both Hwang Kyung-min (Oh Jung-se) and Jung Jong-suk (Yang Ik-june) were and are the victims and then perpetrators of bullying at school and beyond.

Kyung-min has just butchered his wife as the film opens, and after he meets up with Jong-suk, the roots of their mutually explored torments is traced back through their adult years to childhood, when both were stooping on the bottom rung of the high school clique-ladder (and thus were "pigs) while struggling to stay away from or at least limit the abuse by the top-tiered social strata, the "dogs."

The titular "king" was the lowly, psychotically-inclined Kim Chul-yi (Kim Hye-na), a fiercely lunatic outsider in a band of misfits who stood up to the vaguely feudal caste system and thereby scarred everyone involved. Yeun Sang-ho's animation is all the myriad shadings of woe combined; it's a hypnotic yellow-brown palette that oozes depression and resignation in equal amounts. That said, it's also a damning portrait of South Korea, and the cyclical violence that leeches from the past forwards, poisoning the present and obliterating the future. 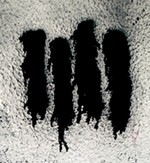 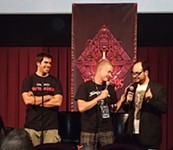