FF2012: Why 'The Collection' is All About Character

Marcus Dunstan brings the mask back for Fantastic Fest 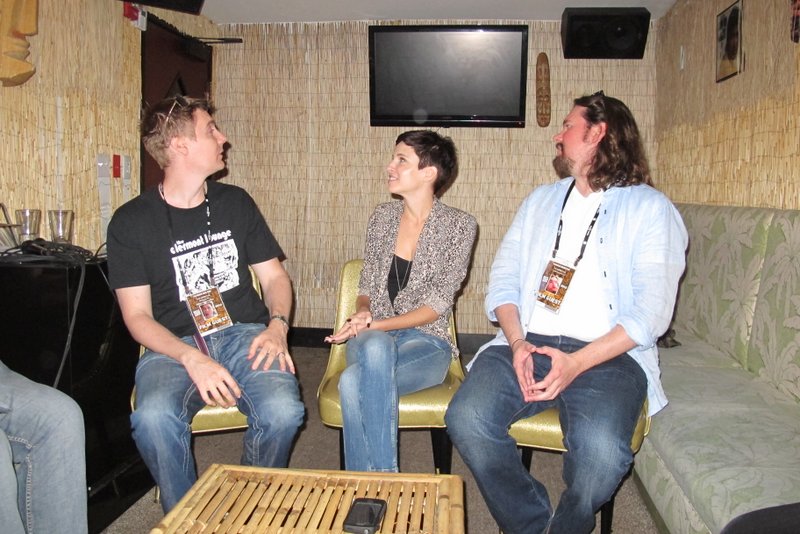 It's behind you! Patrick Melton, Emma Fitzpatrick and Marcus Dunstan talk about 'The Collection' (Photo by Richard Whittaker)

Horror fans loved 2009 slasher pic The Collector, but it didn't set the box office ablaze. With sequel The Collection, director Marcus Dunstan sees a chance for a do-over. He said, "We tried to hit the home run the first time. OK, the ball didn't sail out of the park yet, but you know what? It's still coming at us. Let's hit it again."

The sealed house horror had its premiere at Fantastic Fest Friday night, but its path to production was not without struggle. Dunstan thanked producer Mickey Lidell for putting him back at bat. "He's the L in L and D at the top of the movie," said Dunstan, "and he is a horror nut. He said, 'Despite any mountain we had to climb for that first movie, I want to see those characters again.' That opened the door to the freedom of changing up that structure. Are we beholden to anything? Are we back in the house again? No."

The sequel picks up where the original left off: With morally ambivalent house breaker Arkin (Josh Stewart) in the clutches of the home invading killer called the Collector. This time, it's Arkin stepping into the belly of the Collector's beast, as he his hired to help rescue heiress Elena (Emma Fitzpatrick). With four movies in the Saw franchise under their belts, and a set for The Collection that makes Evil Dead Trap look like a Halloween home haunt, Dunstan and co-writer Patrick Melton could get written off as torture porn puveyors. And while The Collection is bigger, slicker, sicker and more psychotic than the first flick, the pair argue that they're character-first kind of guys: Otherwise, you don't care about what's happening to people.

That's why the pair were happy to work for moments like an important character beat for Elena and her body guard Lucello (the great Lee Tergesen of seminal prison drama Oz.) Melton said, "You'd get all these weird notes that would say, 'Ah, we don't need that, no-one cares about that.' It's such a small little moment. It's, what, two seconds? You take it out, you may not notice. But if you put it in, it makes you care a little more about them." 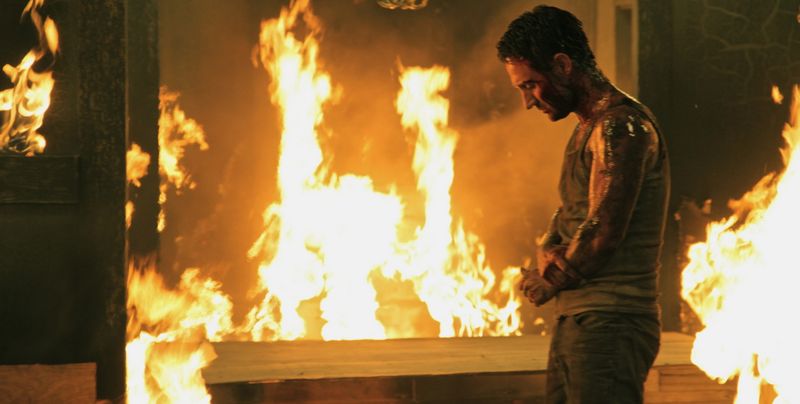 Josh Stewart as Arkin in 'The Collection' (Courtesy of LD Entertainment)

It's not easy to get such tiny character-defining beats through studio note system, Melton added, but "we've been on enough movies with enough different directors to know the strategies to fight for that, and it normally pays off at the end."

The big studio note that they got, and the one that could have sent the franchise into the prosaic, was that there had to be young and sexy characters in there. Melton said, "We asked, 'How long do they have to live?' 'Oh, we don't care.' It's going to be 10 minutes."

Cue an opening sequence that Melton admits was an homage to the wonderfully gruesome first ten minutes of Ghost Ship. Like the hardcore horror nerds they are, they'll unashamedly cite the most obscure films, and the good bits of the worst ones. No shame in referencing Ghost Ship's opening massacre, or how effectively Deep Blue Sea dispatched Samuel L. Jackson. "I've seen Jaws IV, and I know you can actually survive being in the mouth of a shark," Dunstan said. "Well, clearly he can still survive – and then the other shark comes up and rips his head off."

However, the duo also dig deep into the classics. Dunstan said, "Arkin's name comes from Alan Arkin playing the nasty man in Wait Until Dark. Well, this time, who's Audrey Hepburn? What if her name was Helena? And [Emma] walks in with the same pixie haircut, and that's it."

Fitzpatrick chimed in, "I knew cutting my hair would pay off."

Dunstan called Elena "the antithesis to 'tank top girl.'" That's their code for the cliched smart-nerd-to-tough-chick paradigm that's been wrecking slasher flicks for decades. After all, Dunstan said, "Real people don't show their cleavage to save the day."

Fitzpatrick was a little straighter on the issue: She got a well-written slasher heroine "And I didn't have to show my tits."

Their unexpected commitment to character is why they brought Tobin Bell back as John Kramer, aka the original Jigsaw, back from Saw III for Saw VI. Melton said, "You had an emotional connection to John Kramer. He's the most interesting character and best actor in that franchise, and that's why it was good and that's why it worked."

And if people get excited enough by The Collection to rent or buy The Collector and find out more about Arkin, then that works fine for Dunstan. "They can still discover that first story and learn a lot about this character that we redefine again, and this woman that at his side going through the same gauntlet. So help us, if it is embraced, oh, what we'll do next."