Time to plan your FF drinking, plus two sneak announcements 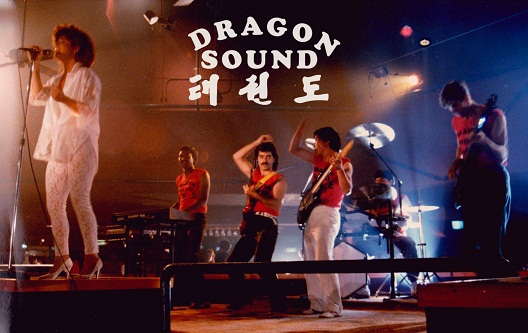 Dragon Sound: Please, let them do 'Against the Ninja' at Fantastic Fest

With Fantastic Fest, it's not just the films: It's the parties too. Now the annual celebration of all things weird has announced themed parties for Frankenweenie, Red Dawn, and The American Scream, plus added two extra flicks into the mix: Doug Benson's potumentary The Greatest Movie Ever Rolled and Norway's new show Helljford.

For the world premiere of Tim Burton's latest, badge holders head to the Highball as it becomes the good Dr Frankenstein's lab for a Monster's Ball (black and white attire recommended, natch). Closing night sees American Legion Hall converted into a North Korean prison camp to celebrate the premiere of Red Dawn (complete with wild-game bulgogi, kimchi, and delousing stations). In the midst of that, there'll be a party for Helljford, the new seven-part TV series from the creators of Nazi zombie shocker Dead Snow and last year's goofball wonder You Said What?.

And since this is a festival with horror in its veins, there's no surprise that there'll be a haunted house created by Manny "The Halloween Guy" Souza, star of new home haunt doc The American Scream.

Attendees with a sense of rhythm (hey, don't look at me) might hit The Dancingularity, curated by experimental game collective Kokoromi and Venus Patrol. If your dancing shoes don't get worn out then, you could try the 8-bit love of Austin's own Data Pop (in their alternate universe, the Q-bert hop is the real Dougie).

We already had word on the Fantastic Fest Arcade lineup of indie games. Now we know that the one and only Wiley Wiggins will be hosting the award ceremony and Starcade classic video game challenge, followed by the Nerdrap Showdown (first prize, an FF 2013 badge – woot!). And, of course, what would FF be without the Chaos Reigns Karaoke Party, this year reuniting martial arts synth rockers Dragon Sound for the upcoming Drafthouse Films release of Miami Connection. After that, Air Sex gets all thrusty in your direction... And, of course, the inevitable Fantastic Debates (two film buffs enter; two film buffs leave – albeit a little out of breath)... And everyone's favorite gory mash-up, 100 Best Kills (submit your own favorite kill and you too could win a 2013 badge).