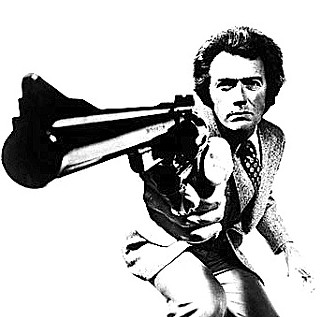 We love Clint Eastwood. Period. What happened yesterday at the Republican National Convention in Tampa is never, ever going to change that. We love his acting, his direction (mostly), and his unswerving Clint-ness. But most of all, we love him because he's The Last Official Movie Star.

That said, the now infamous RNC speech-y-thing is sure to be line five in his obit, and that just plain sucks, kinda like Paint Your Wagon, or Gran Torino. And to be embararssingly honest, Gran Torino has grown on us a bit. Okay, a lot.

In it, Clint plays Walter Kowalski, a crotchety, drunk, racist relic mourning the death of Detroit, Anglo-Saxon omnipresence, and his version of the American Way.

Eventually, he's forced to come to grips with his present tension via the post-Anglo Hmong family next door. But not before being a total asshole incisive portrait of misplaced Tea Party xenophobics, cliched old white dude who will never get hip hop no matter how many Benny Goodman remixtapes that 15-year-old bedroom DJ next door releases.

Kowalski is adrift and pissed in this modern America. It's all "gook" to him, gangs and tags defacing the once tranquil neighborhood he shared with his late spouse. (We're pretty sure the character's surname is a reference to the gone, daddy, gone hero-cop of 1971's Vanishing Point).

In the end, though, Kowalski is transformed. He becomes a -- spoiler alert! -- Christ figure of sorts, and dies, only to rise again as Clint Eastwood, singer/composer of the end credits theme song. Two-Lane Blacktop this ain't.

Gran Torino is a wreck, but only if you view it on status quo terms. Take it on its own and it screams apology. The Ford Gran Torino, a short-lived '69-'76 fuckoff of the crazy-popular Ford Fairlane, is an emblem of Not Quite-ness. To all the cinematic bullets, sweat, and bloodshed that form the core of the cult of Clint, all the leathery killers, the confused and threatened masculinity of the '70s, the flat-out weirdness of the 80s, the Gran Torino says this: we've got nothing but redlined ponies and sad, sorry smiles. It's not the only mea culpa Eastwood has offered of late.

And that's what made it such a shock to see him extemporize himself into the seventh ring of hell at the RNC. In addition to Gran Torino, his relatively recent and patently anti-war movies have been tonally striking, artistically accomplished, and, frankly, 180-degrees from the dusty and violence-bedeviled patina he has accrued over the 55-plus years Eastwood been acting.

Both Flags of Our Fathers and Sands of Iwo Jima hold up as staccato-death meditations on the ultimate futility of armed conflict. And, perhaps just as importantly, they lodge in the anti-war filmic pantheon like a bullet in a breastbone. Eastwood's message? It's personal: they die, we die, repeat. Why?

But then Eastwood has always played the avenger, the outlaw, the brigand, the harried and the hurtful. It's only recently he's taken to the ring with a lust for life equal to the salivary juice he earlier spent on Almerian doom. Million Dollar Baby won the Oscar, but In the Line of Fire was all about failure and finding some sort of footing therein.

As far back as his directorial debut, 1971's Play Misty for Me, and 1984's Richard Tuggle-helmed Tightrope -- not to mention his very public break with longtime companion Sondra Locke -- Eastwood's roles provided a foretaste of previously unseen (and, let's face it, normal) neuroses for an icon who until then appeared, squinting and hard of jaw, like a bad omen in a ratty poncho. Dust never sleeps, and when it does it paints the town red and redubs it a rape-happy "Hell," with little people, freakishly probable, post-now.

Eastwood's own personal character arc is revelatory, and morally significant. He has morphed from nameless killer to persecuted urban warrior to elder statesman imparting an implicit message of peace, all in one lifetime.

The question now is, Who did the RNC minders think they were getting? The good, the badass, or the ugly?

Unwise ideas aside -- and, too, shades of Charlton Heston -- Clint Eastwood's appearance only serves to wonder how many shots they've got left. 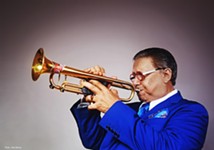 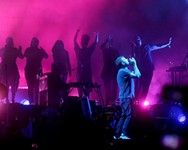 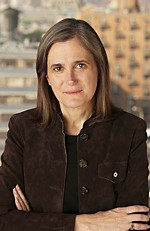