You Don’t Even Have to Go to the Movies Anymore

You really shouldn’t stop going to the movies

It’s no secret Austin has a hugely vibrant film culture, bursting at the seams with talented filmmakers, savvy filmgoers, insightful film writers, and terrific exhibition spaces. So how come when it comes to theatrical distribution of the smaller releases – the buzzy microindies and foreign gems – we’re still treated like Bumfuck, U.S.A.?

Austin may be making shocking (bone-chilling, ruinously rent-hiking) strides in terms of population growth, but it’s still not considered a top-tier market. According to one publicist I spoke with, many studios work off the Nielsen Designated Market Area (DMA) rankings to steer the course of their release rollout. The coastal dons – New York and L.A. – they get opening day exhibition. Next in line? Chicago. Philadelphia. DFW. San Francisco. Further down the list: Indianapolis. Salt Lake City. Milwaukee. Grand Rapids. Trudging in like a fat kid trying to finish a half-mile? Austin at #47 in the 2011-2012 DMA rankings. 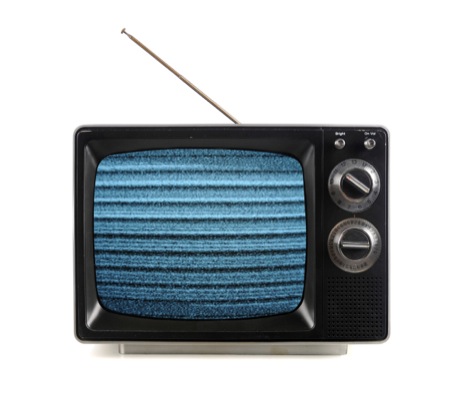 I think we can all agree: Not ideal.

That’s not a hard and fast rule: In the last month, Austin opened Klown on the same date as New York and L.A., but that was an asterisked exception to the rule. Specifically: Klown is distributed by Austin-based Drafthouse Films, which has made a point of opening in Austin the same day as New York and L.A. I asked Tim League, who has a unique perspective as both a distributor and an exhibitioner (via his Alamo Drafthouse theatre chain), his thoughts about Austin’s place in the release hierarchy:

“For me it is pretty important to open in Austin on the break. In Austin, I can control the publicity campaign and make sure the films are getting promoted. For Drafthouse Film titles, we are far outgrossing New York and Los Angeles. For non-Drafthouse Films it is sometimes a fight. Each distributor has their own strategy for releasing small films. New York and L.A. still control the majority of press that goes nationally, or at least that’s how they perceive it. For the movies we are releasing, however, there are journalists for a LOT of the best outlets right here in Austin. With online journalism becoming more and more important, the L.A. and NY exclusive launch is becoming less important than it used to be.”

As League points out, every distributor has its own strategy. I don’t have any special insight into the stream of thought or chain of command that determines release plans – though I assume there’s a lot of number-crunching involved, either via DMAs or some other soothsaying algorithm. There’s also a case to be made that the tried-and-true model of slowly building word-of-mouth, starting on the coasts and working one’s way inward, ain’t broke, so don’t fix it. But that model doesn’t take into account the VOD sea change or the fact that Austin, as ever, is an anomaly. Slow word-of-mouth build makes sense for a middle America town with no arthouse or specialty theatres, no film society, no festival scene, no film school, and no newspaper. Austin checks all those boxes and then some.

We have a half-dozen-plus venues – the Drafthouse theatres, the Violet Crown, the Arbor, and occasionally a multiplex – that run independent and foreign films, not to mention off-the-grid exhibition opportunities (Cinema East screened Alex Ross Perry’s The Color Wheel a year before the New York and L.A. critics took a whack at it; a couple months after that, it screened at the Alamo Drafthouse).

We have the Austin Film Society, a long-established force in filmmaker support, repertory screening, and new premieres. Notably, AFS screened the French film Polisse last week as part of its latest Essential Cinema series; a Cannes Jury Prize winner and one of the most electrifying films to hit American screens this year, it premiered in New York and L.A. in May, and has yet to be slated for a theatrical run in Austin.

We have so many film festivals, it’s hard to find a month that isn’t larded with lanyard-wearing opportunities. Coming down the pike, each boasting a national or international profile: Fantastic Fest, aGLIFF (which just turned 25), and the Austin Film Festival. Need we mention that annual March juggernaut, SXSW? Or how about the long-running Cine las Americas International Film Festival?

We have a nationally recognized film program at UT and burgeoning scenes at other universities, as well as the Austin School of Film. Those programs schools have graduated or employed filmmakers who’ve won Oscars and Independent Spirit Awards and Emmys, countless festival prizes, and make regular appearances on lists such as Filmmaker Magazine’s annual “25 New Faces of Independent Film” and are the reason why Austin routinely ranks on MovieMaker’s “Top Ten Cities to Be a Moviemaker.”

And yes, we’ve got newspapers – two of ‘em, in fact: the daily Statesman, which fills out their homegrown reviews with wire (meaning, reviews plucked from national sources) and The Austin Chronicle, which has never used wire and employs a staff of three (Marjorie Baumgarten, Marc Savlov, and myself) to review every single damn movie that has a weeklong theatrical run in town (provided we’re provided with review screeners or screenings and enough heads up to file a review). There’s also a bumpin’ online-only media scene here – think Aint It Cool News, Spill.com, Film School Rejects, and Slackerwood (recently umbrella’ed into AFS’ online presence), and that’s just to name the “establishment” blogs. Not named: The number of freelancers in town writing for national outlets – y’know, covering movies that haven’t come to Austin yet.

(A side note: As the Chronicle’s Screens editor, I’m often pitched interviews with filmmakers of these smaller films. 95% of the time, I pass. Here’s why: Because if the film in question isn’t going to open in Austin until a month or six weeks after it’s been released in New York and L.A., then Chicago and Philadelphia and Dallas, and on and on – then by the time it trickles down to us, that story’s been told. Beaten to within an inch of its life. There’s a reason why we jumped at the chance to interview William Friedkin when Killer Joe came out a couple weeks ago. Putting aside how jazzed we were to be talking to a living legend, about a film we were intrigued/perplexed/mildly horrified by: Because the film opened here only a week after New York. We knew we wouldn’t be running sloppy seconds, but rather a first-wave piece. Maybe this is all insider baseball, but if nothing else it explains to publicists why I’m programmed to say “pass.”)

But finally – and perhaps most significantly – we have incredibly engaged audiences. It’s the reason why specialty films are so often sneaked here (thanks to the passion and the pull of places like AFS, AICN, and the Alamo Drafthouse) and why a berth at an Austin film festival is sought after by specialty studios in their buzz-building campaigns. The Austin audience – yup, the very same one that spied a winner in Slacker and kept it in residence at Dobie Theater for a year – is passionate about film. It’s a tastemaker town that counterintuitively isn’t rewarded for so much savviness and ardor.

So. That’s the case to be made for not looking Austin over. But here’s the real rub:

The moviegoing audience doesn’t have to wait for these movies to show up in Austin. A lot of them are already just a couple clicks away – which is worrisome to me in ways that make me reluctant to even point it out, not that you didn’t already know.

It’s called VOD. Right now, right this very minute, you can, say, trundle over to your Apple TV, scroll over to iTunes, and shell out some cash to enjoy many of the same movies that everybody in New York and L.A. is gabbing about. Maybe you heard about them in the New York Times or on NPR. Maybe you were lucky and caught them already at a film festival in Austin. Take This Waltz. Two Days in New York. The Babymakers. Goats. 30 Beats. Indie Game: The Movie. Attenberg. 360. The Woman in the Fifth. Some of these have upcoming Austin release dates. Most of them don’t – and never will. 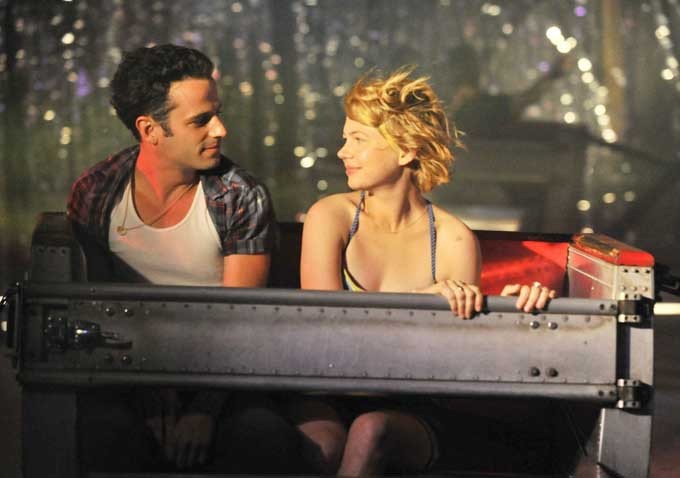 Sarah Polley’s well-regarded film Take This Waltz, starring Michelle Williams, opened in New York on June 28 and has been available on VOD for weeks. It opens theatrically in Austin on Aug. 17.

In many ways this kind of access cheers me. When I was a film-hungry kid growing up in Amarillo (DMA #130), these movies might as well have been playing on the moon, no nearer would I have been to buying a ticket for them. You don’t have to buy a ticket anymore – you just have to have the money and the technology to make them appear in your living room, and that, no doubt about it, is a great thing. VOD makes available movies that are never, ever going to make their way to many towns and to many film-hungry kids longing to get in on the discussion.

But goddamn, Austin isn’t Amarillo, and we have the culture and infrastructure to justify seeing these movies first-run on the big screen, the way they were intended. The fact that we’re still an afterthought in the distribution plan rankles me to no end, and if you care about movies at all, it should rankle you, too.