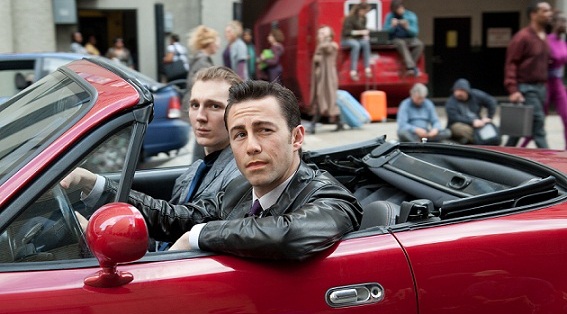 Fantastic Fest has always been as much a family as a festival. The second wave of films has just been announced, with a stack of FF veterans returning. But the big news may just be that 2012's breakout star Joseph Gordon-Levitt is bringing his eagerly-awaited time/mind bender Looper to town.

We were already hyped from the first round of FF announcements, which featured another one-time Bruce Willis collaborator, Karl Urban (remember FF 2010's Red) bringing Dredd 3D in his carry-on luggage. Gordon-Levitt should know his way around Austin from bringing his remix culture experiment hitRECord to SXSW 2010, but if he gets lost there are plenty of FF alums bringing new work back to the Alamo South Lamar.

Adrián García Bogliano (Cold Sweat, Penumbra) will be attending with his new supernatural horror Here Comes the Devil, and he may well run into Leos Carax, one of the talents behind FF 2008 anthology Tokyo!, who revs in to town with his solo project Holy Motors. And it's hard not to see FF supremo Tim League's fingers behind the the gooey inclusion of Holland's New Kids Turbo oddballs for New Kids Nitro. Plus, hot off his revival with The Expendables franchise, Dolph Lundgren bulks up with the latest slab of Universal Soldier ass-kickery. And if local boy C. Robert Cargill (aka AICN's Massawyrm) doesn't know his way around a Drafthouse by now, we're not showing him to his seat for his film Sinister.

And, of course, and even though we got beaten to the punch by the Toronto International Film Festival (*shakes fist* "Torontoooooo!"), gore crazy anthology The ABCs of Death (aka the FF yearbook) will be bloodying up the screen.

Special note: While he won't be there himself, if sequel Outrage Beyond is a fraction of the movie that FF 2010's Outrage, then Takeshi Kitano has another masterpiece on his hands.

The ABCs of Death
D: Various, 110 min, US Premiere
Twenty-six directors. Twenty-six ways to die. Co-produced by Drafthouse Films, and finally ready to be unleashed—see what happens when you give more than two dozen of the most brilliant filmmakers from around the world free reign to indulge their creative impulses and black humor. From A to Z, it’s got something for every genre fan and is like nothing you’ve ever seen before. Multiple directors attending.

Cold Blooded (2012)
D: Jason LaPeyre, 86min, Regional Premiere
Things quickly spiral out of control when a policewoman must protect her recently comatose suspect from a violent crime boss who has cornered them in an isolated hospital wing. LaPeyre attending.

Doomsday Book (2012)
D: Kim Jee-woon and Yim Pil-sung, 113min, Austin Premiere
Innovative Korean genre directors Kim Ji-Woon (A Tale of Two Sister, A Bittersweet Life, The Good, The Band And the Weird, I saw The Devil) and Yim Pil-Sung (Hansel & Gretel) turn their imaginations to apocalyptic sci-fi with this three-part omnibus film which outlines three possible ways in which the world goes kaput.

Graceland (2012)
D: Ron Morales, 84min, Texas Premiere
When a driver for a powerful congressman picks up his and his boss’s daughter from school, he's annoyed to find himself being pulled over. But this alleged cop, far from an officer of the law, sets in motion a downward spiral of kidnapping, murder, deceit and deep depravity. Morales and producers Theo Brooks and Joshua Sobel attending.

Holy Motors (2012)
D: Leos Carax, 116min, North American Premiere
While following a day in the life of Mr. Oscar as he attends several appointments, things quickly unravel and spiral out of control, abandoning all sense of logic or sanity. Fans of Carax’s ‘Mierde’ segment of Fantastic Fest 2008 hit Tokyo! will be right back at home.

Looper (2012)
D: Rian Johnson, 118 min
In the futuristic action thriller Looper, time travel will be invented – but it will be illegal and only available on the black market. When the mob wants to get rid of someone, they will send their target 30 years into the past, where a "looper" – a hired gun, like Joe – is waiting to mop up. Joe is getting rich and life is good … until the day the mob decides to "close the loop," sending back Joe’s future self for assassination. The film, starring Bruce Willis, Joseph Gordon-Levitt, and Emily Blunt, is written and directed by Rian Johnson and produced by Ram Bergman and James D. Stern. Johnson and Levitt attending.

My Amityville Horror (2012)
D: Eric Walter, 88min, US Premiere
You’ve seen the movie, now hear the story of the Amityville haunting from someone who lived it. Regardless of the source, it’s clear there was darkness in that Long Island house.

Outrage Beyond (2012)
D: Takeshi Kitano, 112min, US Preimere
As Japanese police launch a full-scale crackdown on organized crime, it ignites a national yakuza struggle between the Sanno of the East and Hanabishi of the West. What started as internal strife in director Takeshi Kitano’s Outrage, has now become a nationwide war in his latest film Outrage Beyond.

Vanishing Waves (2012)
D: Kristina Buožyte;, 124min, US Premiere
A scientist with a neurological research team volunteers to experiment with a new technology which will allow him to access the thoughts of a coma victim.

The Warped Forest (2011)
D: Shunichiro Miki, 81min, US Premiere
Shunichiro Miki delivers a shot of utter madness. Penis guns! Nipple monsters! A giant girl running a very small shop! This quasi-sequel to The Funky Forest more than lives up to the weird factor of its predecessor.

Fantastic Fest Review: Cannon Arm and the Arcade Quest
Gaming documentary is no tribute to the solitary player