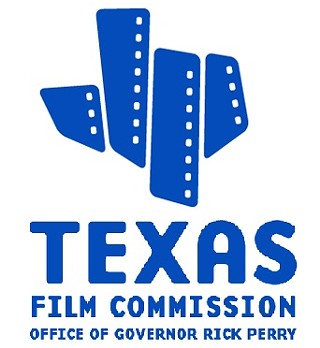 The Texas Motion Picture Alliance holds its annual meeting in Austin tomorrow, but we can already guess what one topic of conversation will be. After less than a year in office, Evan Fitzmaurice has stepped down as interim executive director of the Texas Film Commission.

Previously an entertainment finance attorney in LA, Fitzmaurice was brought in by Gov. Rick Perry in December 2010 to replace commissioner Bob Hudgins. He was a very different kind of commissioner to his predecessor, who was widely praised for going out and promoting Texas film making. Instead, Fitzmaurice emphasized the financial side, and re-tooled the office to help clear the backlog of applications and payments from the Texas Moving Image Industry Incentive Program.

UPADTE: TXMPA President Susan Fowler said she was sorry to see Fitzmaurice go, calling him "the right person for that job at the right time." Nationally, state film offices have shifted their emphasis from being promoters and cheerleaders for the state industry, "to being real business offices, because of the incentives." She said, "Evan has set a very high bar for that position, he ran the office effectively and efficiently, and he's going to be missed."

Fitzmaurice's departure has gone relatively unheralded. His final day in office was June 29, but the governor's office has been advertising for a replacement commissioner since June 15. In the meantime, David Morales – Perry's general counsel and, it has to be noted, a man with no experience of the creative industries whatsoever – will be serving as acting commissioner.

Fowler said that Fitzmaurice's legacy will be how he ran the incentive program. She said, "Bob Hudgins was a terrific advocate for the program, and really well liked, and helped pull the community together." However, she said, "I think at some point there needed to be a little bit of change in the office to manage the program and manage it efficiently."

His other legacy may well be the boost in TV production in Texas over the last two years. Fowler said, "From a TXMPA side, we hope that whoever comes in will keep things going on the TV side, and we hope will find ways to increase the business on the film side."

The TFC has become a little bit of an unexpected political kickball in recent years. In no small part that's been down to the incentive program: Often mislabeled the film incentives, its biggest beneficiaries have often been gaming companies. Proponents have always argued that they are a necessary cost to keep Texas in the production business, since just about every other state is throwing cash at film makers. Even in the budget-slashing mood of the last legislative session, the incentives survived with $32 million in funding for the 2012-13 biennium – half of what the agency had in the two years before. Fowler said, "That cut has definitely had a chilling effect," and noted that producers are worried the incentive pool may run dry before they can apply.

However, while Perry has always been a big booster for the program, during his tenure Hudgins had to deal with two political firestorms from the right: One because he did not approve funding for anti-fed drama Waco, and another because he didn't reject funding for Robert Rodriguez's Machete fast enough. Fitzmaurice's tenure, brief as it was, seemed to steer clear of such controversies.