Alamo experiments with theatrical on demand for Tura Satana 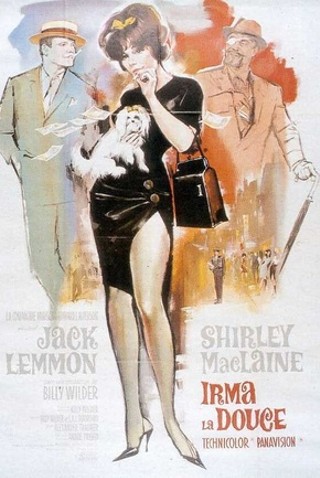 If you read our feature about the new experiments in theatrical on demand, and the five case studies about the new concept for booking films, you'll know Alamo Drafthouse head honcho Tim League is dipping his toes in these strange new waters.

League is a big fan of the one and only Tura Satana, the curvacious queen of sleazetastic cinema, Burlesque Hall of Famer, and lifelong muse to Z-grade movie genius Ted V. Mikels. So to celebrate what would have been her 74th birthday on July 10 he decided to book one of her movies: And, rather than just take over a Drafthouse screen ("which I reserve the right to do," he told us), he is undertaking his own experiment with local theatrical on demand firm Tugg. Now he could have gone for something obvious, like her iconic role as Varla Faster Pussycat! Kill! Kill!. Instead, he's gone for her speaking part debut as Suzette Wong in Billy Wilder's Irma La Douce. He's promising a night of Satana tributes and reminiscences, plus champagne for all! But, as with all ToD screenings, it only happens if enough tickets are sold before the deadline.

Tickets for this screening are available now, but that's not the only TOD screening provisionally booked locally for the near future. Stoner comedy/social commentary Austin High, Autism doc A Mother's Courage: Talking Back to Autism, plus Fantastic Fest 2011 hit Headhunters are all attempting to kickstart their screenings through presales, while locally-shot revenge flick Cherry Bomb already sold out for its July 10 screening. There's no local screenings via the other big ToD player, Gathr, currently on offer, but that's only because no-one local has scheduled one. And that's kind of the beauty of ToD: If you book it, they may come.

Can League hit his target? We'll know by midnight on July 4.

Tugg on a Redhead
Documentary "Being Ginger" screening in January