Comfort and a clear-eyed, ever-witty lens on the lovelorn

My 88-year-old gramma had her identity stolen yesterday. As I was hurrying around the house, readying to go see her, I grabbed at DVDs I thought might make her feel better – movie reassurances that the world was a safer, kinder place, full of magic, not cruelty. I thought of When Harry Met Sally. 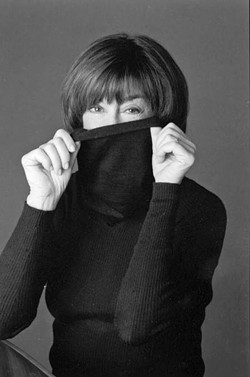 It may have been billed as "a Rob Reiner film" – he directed it, after all – but the script was by Nora Ephron. She died Tuesday night, and the heart hurts knowing she's gone.

Charles McGrath's obituary for The New York Times does a fine job of laying out the many ways Ephron expanded and enriched the world of letters – as a journalist, an essayist (she spoke with the Chronicle about her last collection, I Remember Nothing, in 2011), a playwright, a screenwriter, a director, a three-time Oscar nominee, and an incomparable wit. Actually, McGrath, right on the money, compared her to Dorothy Parker in the first line of the obit. If there's an Algonquin Table in the sky, one hopes they're pulling the chair out for Ephron now; I imagine she has some deliciously tart words to meet their welcome.

The obituary ends with a reference to two lists that Ephron made in I Remember Nothing – lists of things she would and wouldn't miss when she was gone. He writes: "Among the 'won’t miss' items are dry skin, Clarence Thomas, the sound of the vacuum cleaner, and panels on 'Women in Film.'”

As one of the very few commercially successful (not to mention regularly employed) female writer/directors out there, it's easy to understand how she might have wearied of being the stump-speecher for all women in film and that rare ray of light for those of us hoping to elbow our way in. And yet: There's just no understating how titanic she was, as a woman making movies for women, about women, in an industry that's shown little respect for "women's pictures" or female audiences. (I invite you, and Hollywood, to take another look at the grosses for Ephron's films – not superhero-movie numbers, sure, but nothing to shrug at, either, and her box-office appeal didn't exclude men.)

Not to gloss over her early film work, which included Silkworm and Heartburn (based on her own 1983 novel, based itself on her rancorous divorce from Carl Bernstein), or her 2009 triumph Julie & Julia, the movies for which she's most beloved – When Harry Met Sally, Sleepless in Seattle, and You've Got Mail, all starring Meg Ryan – could be neatly filed under romantic comedy, a genre that's been critically sneered at since its heyday in the Thirties and Forties. By my count, Ephron's the only contemporary commercial filmmaker who could've gone head-to-head with those screwball greats – and probably would've bested a lot of them. (She based You've Got Mail on Lubitsch's The Shop Around the Corner [1940], and, ever-savvy about technology, enlivened it with 20th-century anxieties about Internet dating.)

I wanted to bring my grandmother, feeling lowly, When Harry Met Sally to cheer her; a year ago, when I was feeling lowly (and confessional), I posted to Facebook an image-capture receipt of an impulse iTunes buy of You've Got Mail with the caption: "Last week was tough. No judgement, y'all." I'm embarrassed now that I felt I had to explain myself. What was I thinking, and why did I contribute to the absurd ghettoization of romantic comedy, a genre that's done the most to inspire me as a writer and critic? Dudes in capes flying around another generic apocalypse-scape, we're totally cool with – that is worthy of prolonged critical discourse – but god forbid anybody talk about a romantic comedy like it has any bearing on real life. Still, I wasn't thinking about that – how a feminist processes rom-com, how the critical establishment encourages thinking about the genre in those diminutive terms – when I scoured the house for When Harry Met Sally. All I thought was this: This will make Gramma feel better. 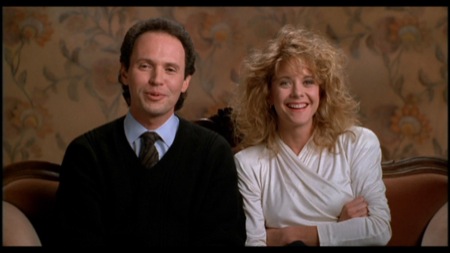 To call Ephron's films comfort food is reductive – When Harry Met Sally is a work of exquisite craftsmanship, sacrosanct, and it should be the first order of any screenwriting class – and yet: They do comfort. They're so funny, and so tender, so unapologetic about the embarrassments of baring yourself, and so sharp about the way a woman's heart and head move, sometimes at odds with one another. (To wit: "That is just like you, Harry. You say things like that, and you make it impossible for me to hate you. And I hate you, Harry. I really hate you." Spoiler alert: She really loves him.)

To call back to Dorothy Parker, who once wrote, "I wore my heart like a wet, red stain": Ephron put herself fearlessly into her writing, filigreed her best work with raw autobiography. Maybe it didn't project onto screen with the guts-and-stuff fervor of Parker's phrasing, but there were ragged enough emotions at the core of her romantic comedies. They got at the perils and terrors of dating at a so-called advancing age. (Notably, these were thirtysomething professionals – not twentysomething pretty things – on her mind.) And damn it all if those lovelorns, and those scripts that brought them to life, still didn't believe in… magic. The impulse was true, and the rough edges were beautifully buffed, for an elevated kind of movie romance that was at once familiar and aspirational. Living, and loving, is hard, and I for one am eternally grateful for the gorgeously glossed versions she gave us of both.

It's nearing three in the morning, and I still haven't dug out my copy of When Harry Met Sally. I'd rather just tuck into the movie – for the 13th or 14th time. But in lieu of that, I can think of no greater tribute – hat tip to her man Harry, who read the last page of a book first but still knew when he hit pay-dirt with a woman who took an hour and a half to order a sandwich – than to stay up and moan.