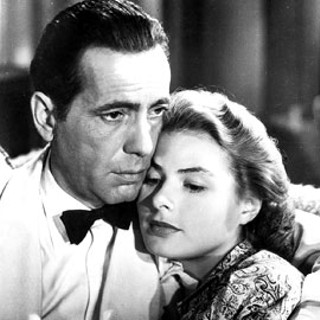 Here's looking at you, Casablanca: The Paramount Summer Classic Film series has secured a print of the series staple and will close out the season with the Bogey-and-Bergman classic.

Explained Paramount film programmer Jesse Trussell in a press release: "Warner Brothers has just made the 35mm prints available to theatres again, and we are excited to show Casablanca on film the way it was seen when it premiered at the Paramount 75 years ago! An Austin tradition continues."

Casablanca will screen Sept. 6-7; Sept. 6 is also the date of the Film Fan Closing Night Party.

The word from Silver Spring: The prestigious Maryland fest Silverdocs showered some prizes on worthy Texans over the weekend. Austin's Elizabeth Mims and codirector Jason Tippet took home the Sterling Award for Best U.S. Feature for their film Only the Young; Keith Patterson won the WGA Documentary Screenplay Award for his script about Austin icon Ann Richards' Texas; and Andy Garrison's Trash Dance took the Audience Award for Best Feature.

aGLIFF recently announced Curran Nault as its new Film Programming Director. Nault previously served as director of programming at the Austin Asian American Film Festival and is a PhD candidate in Radio-Television-Film at UT.

aGLIFF 25 runs Oct. 3-7. Also celebrating 25 years in operation is AIDS Services of Austin. The two organizations are teaming up for a joint anniversary celebration/fundraiser that will take place at the Dobie Theater on Aug. 18; go here for event info and to find out about sponsorship opportunities.

I Luv Video has them beat by another 5 years. To celebrate saying hello to 30 (and flipping the bird to those angsty 20s), I Luv Video's throwing a 30th anniversary costume party on Friday, July 20 at Spider House's 29th Street Ballroom. Entry is $2 if you're in costume as a movie character; $5 if you're a killjoy (and why, when you could actually come as Killjoy?). Revelry includes "summer camp games" including drunk Twister, movie trivia, musical chairs, and pin-the-mustache-on-Burt-Reynolds.

Questions? Comments? Concerns? Hit us up at filmflam@austinchronicle.com.