Frank Tashlin in print and onscreen 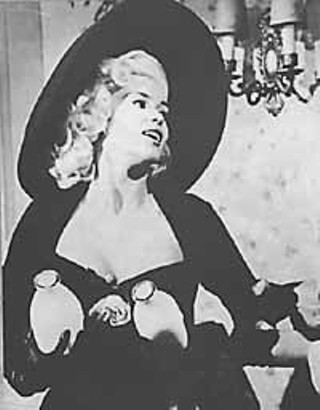 Jayne Mansfield in "The Girl Can't Help It"

In the current issue, Leah Churner reviews the new biography, Tashlinesque: The Hollywood Comedies of Frank Tashlin. Tashlin was a noted – if not always credited – animator at Warner Bros. and Disney during the heyday of Hollywood cartoons in the Thirties and Forties before he made the leap to live-action cinema.

Tashlin's cartoons are always cited for their filmic elements and his films for their cartoony touches. His frequent film work with such comic actors as Jayne Mansfield and Jerry Lewis, both of whom are something like live-action cartoons to begin with, solidified that reputation. The photo used here of Mansfield in The Girl Can't Help It, carrying two milk bottles level with her famous mammary glands, is a case in point. Click here for a review of the 1956 film by Louis Black in our old "Scanlines" column (remember videotape?). In another column, Black reviews what he regards as the best Tashlin/Lewis collaboration: The Disorderly Orderly. 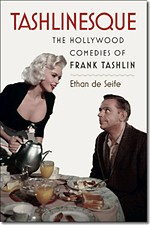 Tashlinesque: The Hollywood Comedies of Frank Tashlin
A look at the unsung filmmaker, whose collaborators included Jerry Lewis, Jayne Mansfield, and Porky Pig