Local Board Game Gets $900K 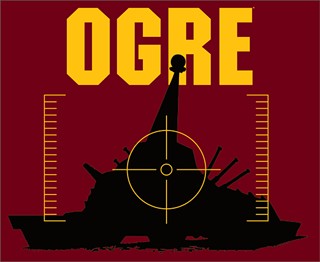 Making it rain on the ogre tank

Time to take another trek to the ever-lucrative world of Kickstarter funding. Another in a long line of Austin-based gaming successes including Venus Patrol, God of Blades, Thunderbeam, Banner Saga, and Starlight Inception has wildly exceeded their needs. That game is Ogre by Steve Jackson Games which asked for $20,000 and got more than $900,000. (!)

So what makes Ogre worthy of such impassioned backing? It's a tactical board game that involves ogres, infantry, uh, stats, and, ummm ... you should really just watch the gameplay video on the Kickstarter page to get a better sense of the game. It's kinda complicated if you're not a turn-based strategy game aficionado. But there are at least 5,500 people that are that kind of person and felt comfortable enough in their nerdiness (no judgment) to put their wallets into it.

Steve Jackson made the first version of Ogre back in 1977, and, even assuming he's taken at least a few breaks from perfecting the game in the years since, I can only imagine any kinks have been worked out of the gameplay.

If you gave enough money to the Kickstarter campaign, your reward will be the game itself which is estimated to weigh 14 pounds and cost $100 when it's released in November. I remember the days when board games needed a few chutes, a couple of ladders, and some imagination. Kids these days, amirite? Jackson's been doing this for a while, so we assume he's going to put all the zeroes on that Kickstarter check to good use.