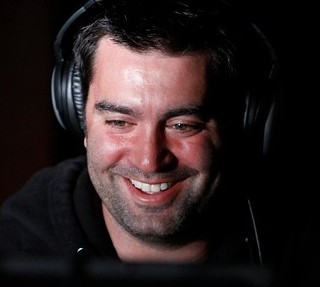 So it's crunch time, people: If another 20 tickets are sold by midnight tonight, Austin gets a special sixth anniversary screening of SXSW 2006 horror smash Behind the Mask: The Rise of Leslie Vernon.

The screening is being organized through Gathr, the new theatrical-on-demand company started by BTM director Scott Glosserman. Think of it like Kickstarter: Reserve enough seats, and the screening happens. Tickets are available now for the Alamo Drafthouse Village at 9pm, April 25.

"I think my mother and maybe my brother saw it theatrically," laughed Glosserman, but the truth is that the movie has had an amazing life as a true cult indie horror. It's particularly loved among other directors as one of those movies that should have sliced its way to success. Adam Green (Hatchet/FEARnet's Holliston) is a major fan, even hiding a Leslie Vernon reference into Hatchet II. "Adam is a good friend and colleague of mine," said Glosserman. "I actually have his 'Support unrated horror' button on the shelf in my office. We were brothers in arms during the 06-07 festival circuit, along with Lucky McKee and Chris Sivertson with The Lost. Even The Descent was on that circuit. There was a lot of indie horror right around that time but Adam in particular, I remember we were scheduled as a double feature in Sitges and it worked so well in tandem, because you would see Behind the Mask and then you would see a great reincarnation of an 80s throwback slasher film in Hatchet, or you would see Hatchet and then you would see Behind the Mask, which was the deconstruction of all of those convention and archetypes."

For all the fan love, the movie was not exactly a cinematic smash, but Glosserman had nothing but praise for the team working on its initial release. He said, "Behind the Mask was handled by a very committed fledgling team at Anchor Bay, which had just become a subsidiary of Starz, and this was their first theatrical release, but they were outsourcing the theater booking." What he quickly found was that "as a green novice film maker you realize there are many other agendas at stake. The priority of making sure that Behind the Mask or any movie becomes a mega-hit in the theaters is not always the highest on that scale."

The issue was not how many screens the film showed in, but where it showed and why. He said, "It was about booking theaters in order to obtain a mainstream review of the film so that the mainstream review of the film could be part of the ancillary sales. The New York Times and Ty Burr of the Boston Globe could get on to the DVD, that would raise the prestige of the DVD, and ultimately the DVD sales."

The result was that Leslie Vernon got his New York outing, but "we played a Hasidic neighborhood in Brooklyn. So we got the New York Times review, but nobody in Manhattan was going to drive out to this neighborhood in Brooklyn to see the film. Likewise, we played Sterling, Virginia, which is 22 miles away from Georgetown University in Washington, DC. So we were in the Washington Post and we got that review, but no college student was going to get in their car and see this obscure horror film."

However, even if didn't blow up in theaters, Glosserman said was still pleased that it got any time on the big screen, and it definitely helped the the DVD release. It's clear he appreciates the support he got: So much so that he's planning a big shout-out to Green in his next movie, Before the Mask: The Return of Leslie Vernon, for that Hatchet nod. Glosserman said, "We want to not only reciprocate, but we want to one-up that reference in what I'm calling our pre-remake, our sequel-prequel-remake of Behind the Mask."

The plan is to start production on Before the Mask: The Return of Leslie Vernon But here's the sting in the tail: Glosserman is still raising the $500,000 he needs to get the film going (find out more about his crowd sourcing endeavors here, and that means screenings like that planned for Wednesday to make sure that B4TM happens. So you, yes, you, horror fans, need to think about how going to see Behind the Mask not only gets the next movie rolling, but shows how much you appreciate Adam Green. Win-win. Tickets available right now. Run, like Leslie Vernon is chasing you. 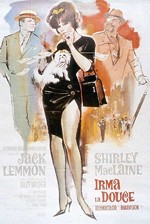 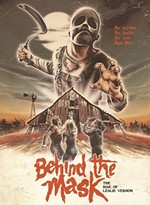