Austin-for-Corpus-Christi, cash for 'Chess,' and more 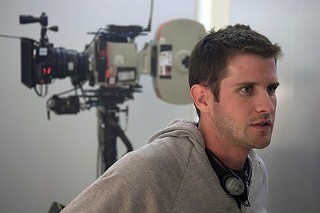 Richard Kelly on the set of 2006's 'Southland Tales'

Is Richard Kelly shooting his next movie in Austin?

That's what Joe O'Connell is reporting over on his blog:

"I wrote last year about Richard Kelly's plan to shoot a film called Corpus Christi, which is, of course, set in Corpus Christi, Texas. Looks like the latest from the Donnie Darko director will film there some but primarily in Austin this summer, my sources confirm. Why Austin? The movie shoot is being financed by Robert Rodriguez's Quick Draw Productions.

"Édgar Ramírez [the lead in award-winning miniseries Carlos] is set to star as "a mentally unstable Iraq war veteran named Paciencia 'Patience' De La Rosa, who forges a strange friendship with his boss Ralph Salverson, the wealthy and politically ambitious owner of a supermarket chain."

This isn't Richard Kelly's first tangle with Texas – he previously launched a nuclear attack on Abilene in Southland Tales – but hey, bygones, amirite?

It pays to be a nerd: Austin auteur Andrew Bujalski has just been awarded a sizable grant for his latest, Computer Chess. The grant, from the Tribeca Film Institute and Alfred P. Sloan Foundation, is earmarked for "narrative film projects that dramatize science and technology themes in film or that portray scientists, engineers, or mathematicians in prominent character roles." Bujalski's latest, currently in post-production, fits the bill; it "focuses on a computer chess tournament in the 80’s, transporting viewers to a nostalgic moment when the battle of technology versus the human spirit seemed a little more up for grabs."

Computer Chess will be recognized, along with the two other winning projects, Unmanned and Resonance, at this year's Tribeca Film Festival, which runs April 18-29.

The Austin Film Festival's part-chat/part-instructional series Conversation in Film continues next week with Rob Thomas, the Austin writer and creator Veronica Mars and Party Down. Thomas will talk about how to craft a pilot and get it to series, and to illustrate the point, he'll present the first ever public screening of the original, unaired Party Down pilot. Hold your squeals, there's more: If you purchase tickets in advance, AFF will send you a PDF of the original pilot script. Tickets are $12 and can be had here.

On the subject of AFF, if you move fast, you can still make it to tonight's Women in Cinema: Austin Film Industry Panel, featuring AFF Conference Director Maya Perez, Texas Film Commission location scout Kimberly LeBlanc, Austin Film Society Director of Marketing Agnes Varnum, Femme Film Texas Executive Director Michelle Voss, and H. Cherdon Bedford, Executive Director of the Austin Film Meet and Creative Superhero at Humblebee Media. Meet and Greet starts at 6:30pm, Women in Cinema meeting goes down at 7pm, and the panel talk kicks off at 7:30pm, all on the UT Campus, CMA 3.124 (that's in the Communications complex. Women in Cinema is a UT student organization, founded by Kat Candler, that provides a support system for student filmmakers. Find out more about the event and all things Women in Cinema here.

Chat us up here: filmflam@austinchronicle.com