When is a film more than a film? Movies become public artifacts once they leave their makers' domains and enter the world. They're judged by all sorts of artistic, social, and critical standards. But rarely are they judged by journalistic standards.

That, maybe, has something to do with the bar having been set so high when the evidence in Errol Morris' The Thin Blue Line resulted in an innocent man being released from death row – a Texas death row, I might add.

Texans convicted of murder on dubious evidence has again become award-winning subject matter for two local filmmakers. On Friday, Steve Mims and Joe Bailey Jr. received the Innocence Network's Journalism Award at the group's convention in in Kansas City, Missouri. This documentary, which premiered at South by Southwest Film 2011, traces the story of the conviction and execution of Cameron Todd Willingham for the arson murder of his three children in 1991, as well as the resulting scientific, legal, and political firestorm that continues to rage today. Highlighting the junk science that was used to convict Willingham as well the personalities and politics that overrode the opinions of arson experts, Incendiary was awarded the Louis Black Texas Film Award at SXSW. That Barry Scheck and the Innocence Project were also involved with setting the record straight on the Willingham case, as documented in the movie, I'm sure had no bearing on the impartiality of the judges. Check out our Recommended review of the film, along with Jordan Smith interviews with the directors: "The Case That Wouldn't Stay Closed" and "Even More Incendiary."

Incendiary: The Willingham Case is available for rental or purchase on iTunes and on DVD via the film's website, where a host of other relevant information resides. What we want to know now is who's started work on the Michael Morton movie? 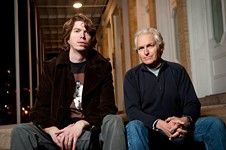 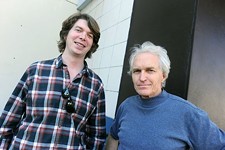