Where we catch up on some local news 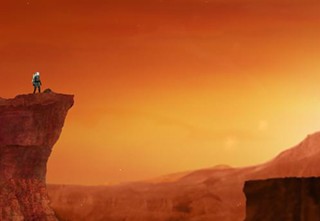 Yeah, occasionally you get out of the caves and get a breath of unbreathable air.

Hopefully you're putting on your galoshes and psyching yourself up for SXSW Screenburn that starts today at 3pm and continues through the weekend. But all the festival craziness has caused me to neglect a few local video-game developments worthy of note.

Firstly, Waking Mars is officially on the App Store for download to your portable, touchable devices. The big brains at Tiger Style Games offer another cerebral play experience with just enough action to keep things interesting. The portable gaming world is dominated by quick arcade experiences and word games, and there's nothing wrong with that, but the pacing of Waking Mars is what makes it stand out. Like the Best of Austin-award-winning Spider: The Secret of Bryce Manor before it, Waking Mars rewards critical thinking and exploration. It's an action-gardening game set in the inhospitable (or so we thought) caves of Mars. Propel your scientist through the caves with the help of your jetpack avoiding lava, acid, and carnivorous plants along the way, but don't think of these things as just obstacles, they are also the keys to creating an ecosystem and unveiling the secrets of this enigmatic planet. There are fast-paced moments, but the real sense of accomplishment comes from discovering a new cave and carefully bringing it to life by planting seeds and cultivating life forms. The art design is fresh and original (even on my little iPhone), and the music adds just enough atmosphere without being invasive or distracting. The concept might be a hard sell to many people looking for the next Angry Birds, but Waking Mars is a slow burn that challenges the mind as much as the fingers.

In other local gaming news, Stoic released a trailer for their upcoming portable game, The Banner Saga. The mechanics of the game are still unclear beyond being a strategy game, but the hand-drawn animation looks smooth and beautiful. As is the purpose of such a trailer, I'm very curious to what this veteran team of developers has in store.