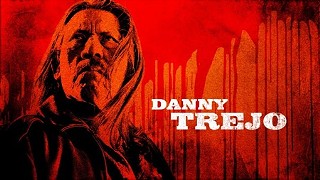 We all know Machete don’t text, but happily, he will accept a shiny statuette from the Texas Film Hall of Fame Awards.

Danny Trejo will be honored March 8 for his impressive and almost eye-bogglingly diverse cinematic output. It’s a hell of a CV, which spans from Heat to Bubble Boy to King of the Hill and culminated in a career-defining star turn in Robert Rodriguez’s Machete, a role Trejo is set to reprise in followup Machete Kills, in pre-production now. Trejo, who’ll be inducted by Rodriguez, joins previously announced honorees Meat Loaf, Douglas McGrath, and Barry Corbin; musical guests include Grupo Fantasma, Nakia, and Suzanna Choffel.

Tickets are still available for the event, hosted this year at ACL Live at the Moody Theater. Go here for info.

The Hall of Fame Awards tend to serve as an unofficial kickoff to SXSW Film, and a person could make a pretty fun drinking game out of spot-the-famous-face. (We may or may not be speaking from experience; couldn’t really say for sure since last year’s awards show is, um, kind of a blur.) But that’s SXSW Film. SXSW Interactive has its own rites, its own famous faces, and you might run into one of them at the third annual Austin Startup Crawl, a roving tech party that includes stops at MapMyFITNESS, Capital Factory, Digby, HomeAway, OtherInbox, and more. The beer will be flowing, and shuttles will run from 4-10pm to get you from here to there.

The event is free and open to the public, no badges required. Go here for event info and participating startups.

And scrolling back to SXSW Film: Austin Film Society is calling for AFS members (filmmaker level or higher) to submit their short films for consideration for ShortCase 2012, a showcase of AFS member talent to be shown during SXSW on Sunday, March 11. Submissions are due Feb. 22; info to be found here.

The Austin Film Festival’s KLRU series On Story, which features interviews with filmmakers waxing on and off about the storytelling process, has not only been picked up for a second season – it’s expanding 70 stations in 41 markets, including New York, San Francisco, Boston, and a bunch of cities in the middle. (Geography: not our strong suit.) Our Statesman pal Matthew Odam has more on the expansion here.

Contrary to popular opinion – and certainly the auteur theory – movies don’t actually spring full-grown from the head of a director. They start with a script. Script readings are pretty fascinating, really – some unholy, often highly entertaining mix of stage and screen and grad school writing workshop. All that’s missing is free beer… Nope, next week’s staged reading of Will Zech’s Bad Tattoo has that, too!

Billed as a “rock 'n' roll-comedy-horror script,” the Bad Tattoo reading takes place at record shop Trailer Space (1401-A Rosewood Ave.) on Friday, Feb. 24, 7-10pm. The reading will be directed Mike Dolan; the cast includes Karl Anderson, Emily Kaye, and Mark Smoot; and the free beverage of choice is Lone Star. We’d say more, but we really think this thing sells itself. See logline below…

"Jack Flash and his motley crew lived the rock and roll life Tommy Lee style in the late 80s, but their current tour is killing the band—one by one. Now Jack must put down the bottle and put away the bong long enough to catch the killer and save his band from bloody ruin at the hands of one quite possibly cursed, most certainly perverse, and very BAD TATTOO."