From the Vaults: Albert and Orlando

Women wear the pants in "Albert Nobbs" and "Orlando" 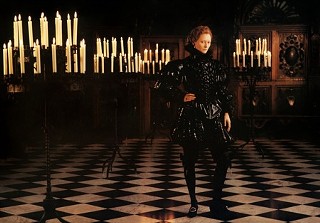 It's said that everyone puts on their pants one leg at a time, even Glenn Close who is a nominee for an Academy Award this year as Best Actress for, of all things, her performance as a woman "successfully" pretending to be a man in the eponymous Albert Nobbs.

The Victorian-era set film additionally won a Best Supporting Actress nomination for Janet McTeer, who also hoists up her man-pants with suspenders for her part as a woman passing as a man in the public sphere. The two were also recognized with nominations by the Screen Actors Guild (which last night bestowed their awards on The Help's Viola Davis and Octavia Spencer).

Albert Nobbs is currently playing on Austin screens. This Friday, We Need To Talk About Kevin, opens locally and it stars another well-known gender-bender of the silver screen: Tilda Swinton. Her 1993 film Orlando was the film that convinced me that Swinton was a major talent who had the potential to emerge from the arthouse ghetto. The film is Sally Potter's free adaptation of Virginia Woolf's 1928 novel in which the hero reincarnates over four centuries into the bodies of various women and men, noble-born and otherwise. Swinton wears her Elizabethan pantaloons with swagger in Orlando and in my review I noted that "Swinton, who appears in nearly every shot" and "conveys such an intelligence and grace" makes me hope the "arthouse success of Orlando [will make] Swinton a more frequent visitor to our shores." 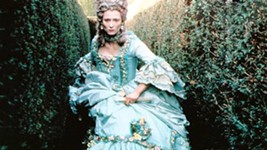 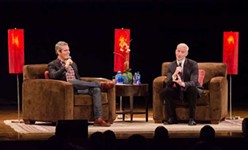 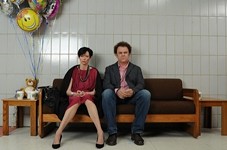