What you missed: Na Hong-jin's 'The Yellow Sea' 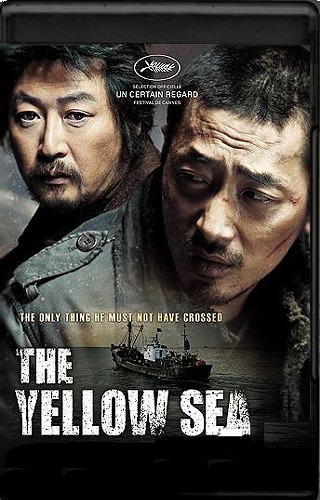 Worried about the volatile situation in North Korea? Concerned that Kim Jong-un might not have the Supreme Leadership abilities of Kim Jong-il, his stylishly despotic, cinema-mad dad? Sure you are. Because all those NoKo nukes are aimed at SoKo Seoul, home to the director of the mind-blowingly cool The Yellow Sea.

Which you probably missed, either at Fantastic Fest 2011 or when it popped up for a handful of year-end screenings at the Alamo South Lamar. Don't freak. It should be arriving on DVD/VOD any moment now.

Alongside fellow Seoul-based filmmakers Park Chan-wook (Oldboy), Bong Joon-ho (The Host, Mother), Kim Jee-woon (The Good, the Bad, the Weird, I Saw the Devil), The Yellow Sea's Na Hong-jin is at the forefront of ultra-cool, hyper-violent, narratively rigorous moviemaking. His debut feature The Chaser (another Fantastic Fest favorite) blew the geek hive mind to gooey fragments back in 2008, and The Yellow Sea cements his reputation as a director adept at both labyrinthine plotting and bullet-riddled set pieces that completely negate the need for Epinephrine jabs in the event your heart detonates from all the crazy-mad genius up on screen. (The adrenaline pouring out of Na's rapid-fire imagery will keep you breathing until you can cue up something to chill the hell out to, say, John Woo's The Killer.)

The Yellow Sea of the title refers to the route of choice for smugglers along the coastline where China, Russia, and North Korea share a border. In the grimy, perpetually overcast city of Yanji, within the Yanbian Korean Autonomous Prefecture situated directly above North Korea, wraith-thin Gu-nam (Ha Jung-woo) toils as a cabbie, working off a massive debt he owes to scruffy local kingpin Myun-ga (Kim Yun-seok). It's the outstanding balance for smuggling Gu-nam's wife into South Korea months before, but nobody's heard from her since then. The poor cabbie must endure a recurring litany of advice from friends and family both: she's either dead or a whore, and either way you're better off without her.

That's not what Gu-nam wants to believe, so when Myun-ga offers to wipe out his debt if he travels to SoKo to kill a stranger, Gu-nam jumps at the chance. He's not too keen on the murder bit, but going to Seoul will allow him to search for his missing spouse. The erasing of his debt merely sweetens the deal.

Everything that can go wrong does, and amidst the horrific background of human smuggling and flip acts of brutality, Na Hong-jin spins a moral fable that pits the desperate inhumanity of the Yanbian cabbie's situation against the allegedly more democratic, neon-drenched dreamland that is Seoul. Suffice to say nothing and no one in this movie is exactly what they seem to be, including Seoul, and even Gu-nam discovers within himself seemingly inexhaustible supplies of daring both dark and light.

While it's technically Gu-nam's story, the film really belongs to Kim Yun-seok's backwater gangster Myun-ga. A countrified rogue with the steely panache of a tiger shark, Myun-ga is sordid vengeance personified, and you can't take your eyes off him. Both actors return from The Chaser, and, as in that film, they end up in bloody close quarters by the end of it all, flailing away at both death and life and struggling to retain some quotient of basic humanity. It isn't easy, but it makes for one of the best films of 2011.