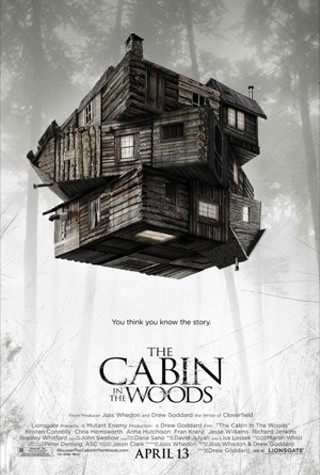 SXSW Film’s first programming announcement of the new year should get legions of genre fans aflutter: Joss Whedon, the man behind TV’s much-loved Buffy the Vampire Slayer and Firefly, will participate in a Conversation panel at the Film Conference, in addition to bringing a new movie to town.

Hold your horses. It’s not the Whedon-helmed Marvel-supergroup summer movie The Avengers. And nope, it’s not his shrouded-in-mystery backyard Shakespeare to-do, either. This one’s more under the radar, a Whedon-produced and co-written deconstructionist horror called The Cabin in the Woods. It marks the feature film debut of Cloverfield scribe Drew Goddard and features Kristen Connolly, Ricard Jenkins, Bradley Whitford, and now-and-again Thor Chris Hemsworth (hey, maybe he brings a hammer to the woods?). Keep scrolling down to see the creepy, freaky trailer.

Also announced is a a premiere of the first three episodes from Lena Dunham’s new HBO series, GIRLS. SXSW has nurtured the emerging talent ever since it debuted Dunham’s first film Creative Nonfiction in 2009, followed by the premiere of 2010’s Tiny Furniture. Dunham, GIRLS executive producer Judd Apatow, and other cast and crew will also appear at the SXSW Film Conference in a panel moderated by Tiny Furniture actor Alex Karpovsky.

In this first programming blast, SXSW Film announced five other titles, including a a little-seen early Ernst Lubitsch silent to be paired with a live score by Austin’s Bee vs. Moth. (See below for SXSW’s film descriptions.) The 19th annual South by Southwest Film Conference and Festival runs March 9-17. Check back here in early February for the full festival lineup.

Beauty is Embarrassing (World Premiere)
Director: Neil Berkeley
A funny, irreverent and insightful look into the life and times of one of America's most important artists, Wayne White.

CITADEL (World Premiere)
Director & Writer: Ciarán Foy
An agoraphobic father teams up with a renegade priest to save his daughter from the clutches of a gang of twisted feral children. Cast: Anuerin Barnard, James Cosmo, and Wumni Mosaku, Jake Wilson, Amy Shiels