News (and Attitude) From SXSW Interactive

My iCal is already packed, how about yours? 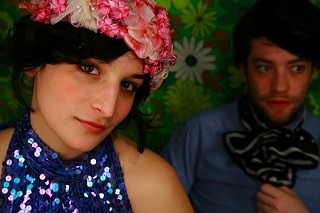 Gabe & Jenny look serious, but are in reality very funny.

Just a few news items accompanied by unhelpful remarks about the celebration of communication that is South by Southwest Interactive.

Comedy duo Gabe & Jenny will take the reins as hosts of the Interactive Awards. They're from Brooklyn, and amazingly not part of SXSW Music, so you know they're cool. You might have heard Gabe Liedman on This American Life or seen him on some Onion videos. Jenny Slate is co-author of the ultra-cute kids video series and book Marcel the Shell With Shoes On (Read Audra Schroeder's thoughts about that here) and had a short stint on Saturday Night Live. Want to know what you're in for with them as hosts. Check out their web series Bestie by Bestie, because books are dumb.

What actually goes on at the Interactive Awards? Well, SXSW already announced that the web design demigod Jeffrey Zeldman will be inducted into the SXSW Hall of Fame, so that surprise is ruined. Probably a bunch of gold stars given out to people who make nifty websites or blog good. Doesn't matter, at least you know it'll be funny.

Need help networking? Well, you probably shouldn't be at the Interactive Fest in the first place, but the kind folks at SXSW have created the Startup Village for you anyway. Which isn't actually a village but the fourth floor of the Hilton. You'll find entrepreneurs, mentors, media reps (I wasn't invited), and hopefully more than a few suckers with big pockets. You'll recognize the monied folks by their suits and Bluetooths. Standing in the middle of the crowd and screaming, "I need money to make my app!" does not work. I tried it last year and my idea never got off the ground. Oh, well, since you asked, it was an app that let you take pictures of people while making it look like you were just texting. I called it LechText. Find out more at Startup Village.

If forwarding or kickstarting your career is at the top of your SXSW to-do list, you should stop by the Tech Career Expo at the Austin Music Hall on March 9-10. Engineering, tech, design, marketing, sales, and other such firms will be hunting for heads. No badge necessary to get in to this nerd-off, so come one, come all.

What's at the top of my SXSW to-do list? Henry Cavill (not that I've heard he's coming, but come on). 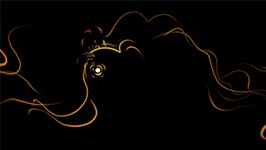