From the fans, for the fans: Handcrafted Imperial Stormtrooper helmets, built by members of the 501st Legion Star Wars costume group (Photo by Richard Whittaker)

Admit it: When you were a kid, you really wanted the Imperial Stormtrooper armor or a Ghosbusters' proton pack. And when you grew up and got a real job, your first thought was, "Wow, I can afford that armor and proton pack now." Costuming groups like the 501st Legion, the Lone Star Jedi and the crew of the Airship Isabella go one better: They make their own.

In some ways, it is the ultimate expression of fandom. The 501st, for example, has become so widespread and its members so committed to handcrafting movie-accurate props that George Lucas has integrated them into the Star Wars universe as Vader's Fist, featuring them in both films and cartoons.

At last weekend's Wizard World Austin Comic Con, members of those groups took the time to talk about the drive to dress like their childhood fantasy heroes, or to create something new and unique, like the Steampunk aesthetic.

For more on Austin's costuming community, see our coverage of 2010 Wizard World and local anime gathering Ikkicon over the last two years. 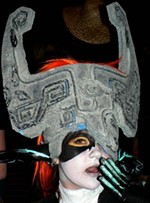 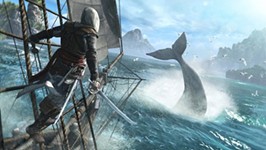 RTX 2013: The Rooster Teeth Bite Back
And this time the gamer gathering is planning a big Spill