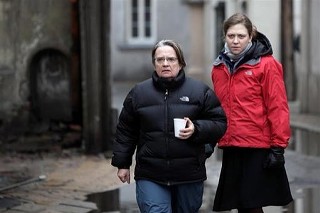 Writer/director Agnieszka Holland (center) on the set of In Darkness

Agnieszka Holland is an award-winning Polish-born film and television director and screenwriter, perhaps best known for her film, Europa, Europa (1991), an Oscar-nominee for Best Adapted Screenplay. She has also directed episodes for several American TV series, including The Wire and Treme. Her latest film, In Darkness, is Poland's official selection for this year's Best Foreign Language Film Oscar. She collaborated on the script of Feliks Falk's Case Unknown (Enen), which screens tonight, 8:30pm, at the Marchesa Hall and Theatre, though Holland will not be in attendance at the festival. (You can read the Chronicle's APFF preview in full here.) Holland responded by email from Prague to the Chronicle's questions about Polish cinema.

Austin Chronicle: Do you find any thematic trends in the films that Polish filmmakers are making today? Do these films address different issues than those made during World War II and the Communist years? How does the Holocaust and antisemitism figure into current Polish cinema?

Agnieszka Holland: I don't think that something like "trends" exists. The biggest difference between then and now is that, during the Communist times, two generations of filmmakers shared important common subjects: [Andrzej] Wajda's generation [dealt with] the second World War, the history, the questions of national identity and character; my generation [dealt with] actual social and political issues, the hidden fight with the Communist reality, with lack of freedom, censorship, passivity and the frustration of the society. The young directors today are purely individualistic. They don't have one subject [on which] they are meeting; they don’t have one enemy to fight with. They are interested by different stories, mostly personal, coming [of] age stories, family problems, relations with distant father[s] or overpowering mother[s], comedies, grotesques etc.

It's true that lately, after the long time [that] movies touching [on the] Holocaust subject or Polish-Jewish relations have been shot and some [others] are in [the] making, some brutal and tragic truth[s] about Polish responsibilities in the massacres of Jews during WW2 became public and it was [a] great shock for many. The new generation (not only film makers) is not anti-Semitic; they are deeply interested in the Jewish past, they feel that what happened matters for them; they are often fascinated by Jewish culture and religion. I think we’ll see this very soon on the Polish screen.

AC:  How has your choice of themes for your own films been influenced by the various political upheavals Poland has experienced?

AH: I have some important personal questions I am treating over my creative years in different ways. One among them is [the] identity question and it touches often [the] Polish-Jewish relationship, the mystery of [the] Holocaust.[The] Holocaust corresponds with another question which fascinates me: the thin border between good and evil. The Communist reality also touched those questions. It is why some of my early movies spoke about it in [a] more or less direct way. For years I was not touching this period, but right now I am coming back to those times, preparing a three- part series for Czech HBO about [the] years after [the] Prague Spring, about Jan Palach, [the] young student who [immolated] himself to protest against Soviet intervention. It speaks about the resignation and acceptance of oppression by most of the population in Czechoslovakia after 1968 and asks why people accept oppression so easily and why some individuals find the courage to protest. 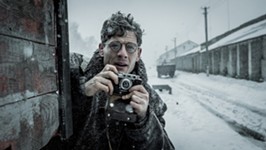