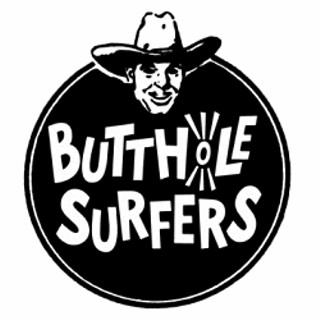 They are going to eat you.

Didn't make it in to tonight's way sold-out Butthole Surfers reunion gig at the new Emo's East? Not to worry. We've uncovered an equally disturbing short film featuring the Surfers and Contagion star John Hawkes, circa 1988.

Alternately titled Entering Texas or Bar-B-Que Movie, this comic riff on Tobe Hooper's Texas Chain-Saw Massacre was shot on glorious Super-8 by Alex Winter – aka Bill, of Excellent Adventure fame – at the old Coxville Zoo up by Lamar and Parmer Lane and it's a whole lotta warped, creepy, totally old Austin weirdness amped up to mega-bad acid levels.

To get the full effect, we recommend – but don't condone – ingesting a handful of Bastrop's finest 'shrooms before viewing. Just don't blame us if your mind explodes. (But hey, that would've happened if you'd made it into tonight's Surfers gig anyway.) The Drink/Drank/Drunk Issue: Cast About
When Austin thespians go out to drink, here's where they go