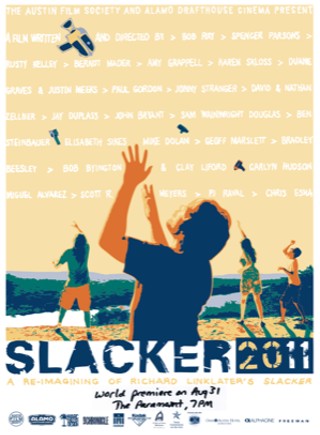 Of all the scenes in Richard Linklater's Slacker, it's that last, celebratory sequence of loaded and functioning cameras being tossed over the edge of Mt. Bonnell that lodged in people's memories the most. For Slacker 2011, August Evening director Chris Eska helmed the famous finale.

Austin Chronicle: How did you end up getting all those people out to Mt. Bonnell on such a sweltering day? That was a pretty huge turnout.

Chris Eska: I think it was a combination of a flash mob notice on the Austin Film Society site, Facebook, Twitter, and various people posting it on their blogs.

AC: Let's go back to the first time you saw Slacker.

CE: I was probably a freshman at Rice in 1994. It had probably just come out on VHS. I had just gone to my first art house theater, ever, during orientation week so this idea of independent film was new to me. Twenty years ago the diversity of cultural opportunities was so much smaller than it is today. You have to remember that was pre-internet and pre-DVD, so for me seeing that film worked on a lot of different levels. [Prior to seeing Slacker] I would drive an hour and fifteen minutes up to Austin any time I could to just hang out on the Drag. I bought my Smiths posters and my Doc Martens and whatever else you do when you're that age. Slacker showed me that there was a different type of lifestyle out there, different types of thinking, different types of art. And seeing somebody from my backyard, making a film with no money, no stars, and then having it go on to have all that success, that got me excited. I suddenly realized the possibilities and by the end of college I was taking film classes.

AC: Were you onboard with the whole remake idea from the start?

CE: I was pretty curious as to whether or not it was going to be a remake like Psycho, with the same dialogue, angles, and everything, or if it was going to be more wide-open to interpretation. It was a little bit unclear even after all the filmmakers got together and we sort of were trying to figure out who was going to diverge and who was going to be faithful to the original. But it's a great idea. It's fun, it's inclusive, and it's just one more way to get people excited about indie film in Austin.

AC: How did you approach remaking the Mt. Bonnell "camera toss?" I heard you had some pretty cool ideas that didn't end up making the cut.

CE: Yeah, originally we had wanted to put out a call to people all over the world, via social media, to remake the scene in their home town or country and then we would compile clips from all those scenes and edit them down into a whole. I envisioned somebody running up a hill in South Africa or somebody running off a pier in Maine. I thought that was a very 2011 idea.

CE: I think we didn't put out the call sufficiently, or maybe it was just too much to ask.

AC: How many responses did you get?

CE: One. From Austin.

AC: But Plan B worked out just fine.

CE: Absolutely, I'm happy with what we got, which was just using social media to get the flash mob out, with filmmakers, fans of the original film, and just people who love movies. 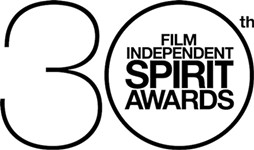