Harry Shearer gets serious about how bad engineering flooded Nola

For most of the world, what happened to New Orleans during Hurricane Katrina was a natural disaster. If you ask New Orleanians, many blame the US Army Corps of Engineers. Comedian-turned-documentarian Harry Shearer hopes that his new film, The Big Uneasy, will educate the broader world.

Shearer was in Austin on Thursday for an evening that also included a screening of his breakthrough movie Spinal Tap. "This is a total 180," Shearer told the audience at the Alamo South Lamar. "I went from mockumentary, rockumentary, to documentary. It was not a career move."

So why the jump from comedies like Waiting for Guffman to a documentary about engineering? The short version is that, last year, President Barack Obama called the flooding "a natural disaster," seemingly institutionalizing bad history. The long version was that, as a part-time New Orleanian, Shearer was fully aware of the increasing body of evidence that the USACE had done a decades-old bad job in building and maintaining the levees. By treating everything like an engineering problem rather than a water management issue, the corps dropped the ball and people died. There is frightening evidence that they were still cutting corners post-Katrina, but what perturbs Shearer the most is what he heard from one source at the corps: "It just doesn't bother them that people died."

This is not a 9/11-style attempt to rewrite metallurgy to back up a conspiracy theory. As Shearer's documentary shows, report after official report clearly states that the USACE ignored warning after warning that they were working to bad engineering standards. Even their definition of a hurricane was decades out of date.

This is not a film that critics can write off as some Hollywood gadfly dallying with civil engineering. Even though the voice of Mr. Burns from The Simpsons got some local New Orleans' celebrities (Brad Pitt, John Goodman) to help out, The Big Uneasy is really the story of two engineering reports and a whistle blower. "I'm still just a guy from the comedy world," Shearer said, explaining that this is "my attempt to put all the focus on the people who know the most."

Unfortunately, there is no accountability for the corps. In between the legal cover granted by congress, and the amount of money coming into states through corps projects, there is no political will to fix it. With the aftermath of Katrina, the news story became that it was all just about the water levels, and it is hard to overcome that narrative. Shearer said, "Editors and producers in New York get a sense from what I call the first dusting of the facts." After that, a lot of reporters become reduced to "quote machines" to back up the established editorial line – even if the facts point elsewhere.

The real accountability gap is as endemic as the shoddy quality of the levees. Shearer said, "As a culture, we're looking for the good guys and the bad guys." Unfortunately, he added, "We tend to ignore the importance of structure and institutions." He compared the situation at the corps to that in Afghanistan, where too many people live in "a culture of impunity, and it strikes me that's what the Army Corps of Engineers lives in."

Shearer's greatest fear is that what happened to New Orleans is far from a one-off occurrence. With USACE projects in every state, the question is not if, but when and where there will be a catastrophic failure next. His big concern is for Sacramento, Cal. Not only are its reservoirs abnormally high, but there also large snowpacks in the Sierra Nevadas. And guess what? The local levees, which were built by the USACE, are being red-flagged by experts.

Shearer plans to bring The Big Uneasy to DVD and video on demand later this year. In the meantime, he said, "Our aim is maximum eyeballs." 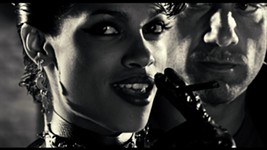 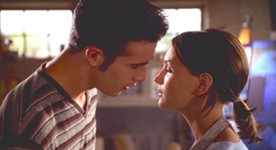