The star of Spaced, Down Terrace, and Kill List talks shite. 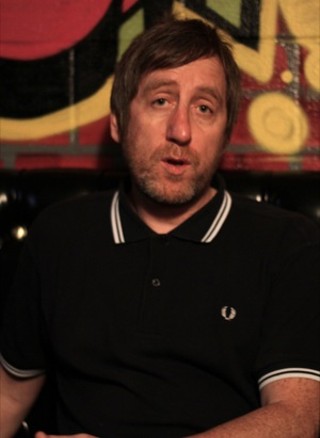 "Last Night was an A1, tip-top, clubbing, jam fair. It was a sandwich of fun, on ecstasy bread, wrapped up in a big bag like disco fudge. It doesn't get much better than that. I just wish that I could control these fucking mood swings!"

Fans of Edgar Wright's über-geek BBC 4 television series Spaced will recognize the above quote as coming from that program's manic raver-cum-bike messenger Tyres. Turns out Michael Smiley, the toothy, Belfast-born actor who played the memory-impaired beatmaniac, really does speak with machine gun etiquette. His dense, rapid fire Irish brogue is permanently set to full-auto, and his comic wit takes no prisoners, gives no quarter. Indeed, interviewing Smiley is a bit like chatting up an ecstatic Sinn Féin, if the Irish separatist group was actually a blissed-out Robin Williams and Fatboy Slim were manning the mental decks. Yeah, that's just the way he rolls.

Smiley's new film, Kill List, is his second for director Ben Wheatley (Down Terrace). It's the kind of role (and film) you don't dare say too much about prior to experiencing it in a theater; luckily there's one last chance to see it at SXSW. We sat down with Smiley and discussed his career, his relationship with Wheatley, and "the stocking."

Austin Chronicle: So are you going to be in all of Ben Wheatley's films from here on out? And not just you, but half the crew and actors in Kill List were in Down Terrace, as well, right?

Michael Smiley: On Down Terrace we started shooting about eight o'clock, eight-thirty in the morning and by a quarter to nine I knew I was in safe hands. [With Ben Wheatley] you're not panicking, you're not worried about, you know, 'How am I going to make this good, how am I going to remember my lines, how am I going to please these guys and keep my integrity?' All that shit that goes [through an actor's] head went right out the window the moment I started working with Ben. Working with him is like being part of a team. You're all part of a collective, from the 3rd A.D. to the actor to the director, we're all part a collective in the great sense of the word. He's effectively ruined me with other directors. I've worked on projects with other directors and it's like "Ah, c'mon, for fuck's sake! How long does it take these cunts to do this?!" I find myself getting really fucking angry and resentful because they're just piss-arsein' about and huddling in a corner stroking their cameras and fucking wankin' themselves off on their f-stops.

MS: Whereas he's just go, go, go, roll, done! And if he doesn't keep he jobs coming then he's gonna get "the stocking." Because you never lose that training from my part of the world, you know what I mean? It's there and it's good to go all the time, right? I've [broken] down a Kalashnikov at nine years of age mate, blindfolded, on my knees in the fuckin' religious knowledge room, before fuckin' lunch break, do you know what I mean? [Laughing]

MS: [Much laughing and general hilarity at AC's expense.]

AC: I first encountered you as Tyres in Spaced. What had you been up to prior to that? Did you have a background in acting?

MS: Not at all, not at all. Stand up comedy. I'd been doing that for something like 18 years. The Tyres thing came out of when I used to go raving and be a cycle courier. And I have a propensity for mood swings. You cunt. Simon Pegg, Nick Frost, and I lived together for about five years so when [Pegg] and Jessica [Hynes] were getting [Spaced] together they asked me to come up with this character. That turned out to be quite memorable.

Kill List screens Thurs, March 17, 12am, at the Alamo Lamar. 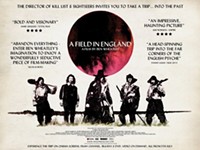 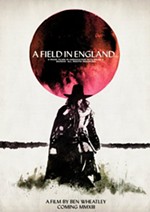 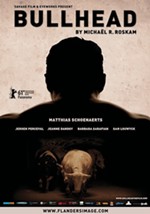