Adrianne Palicki is donning the iconic red, white, and blue bustier to play Wonder Woman in the pilot to be shot for NBC, The Hollywood Reporter online announced late Feb. 16.

The new series of the old DC comic book is said to be a "reinvention"—which makes a lot of sense, seeing that David E. Kelley, the king of quirky, is at the helm of this remake.

Palicki, who played the bad girl you had to love on Friday Night Lights, and then the sleek and sexy Cat Thatcher in the short lived Lone Star is making an interesting shift, moving to the fantasy/super hero genre. Great career move or kiss of death? Talk amongst yourselves. 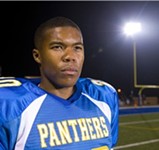