2010 was the year social media was ready for its closeup

Tomorrow our Top 10s issue hits stands, and, as usual, the Chronicle's movie reviewers count down our best loved and most loathed of the year. But there's more to reflection on the-year-that-was than just making lists. Well, maybe scratch out "reflection" and replace with "trendspotting."

In my top 10s list I point out that this was the year that equal opportunity oral sex made its way into mainstream films. (If you’re playing at home: The Kids Are All Right, Black Swan, Blue Valentine, and I Am Love all featured ladies getting downtown lovin'; you'll notice another commonality is that they all featured terrific parts for women – and really, wasn't this a bang up year for strong female performances in female-centric movies, including Please Give, Easy A, The Exploding Girl, Fish Tank, and Winter's Bone?) But if you were looking for a more PG-rated theme to emerge this year, then it'd be hard to deny the permeation of social media into the movies.

There was, of course, that beautiful behemoth, The Social Network, David Fincher and Aaron Sorkin’s origin-myth about Mark Zuckerberg’s founding of Facebook. In addition to being terrifically entertaining – a somewhat flabbergasting fact considering huge chunks of the film are devoted to two notorious yawners, legal deposition and programming code – The Social Network was also the film that launched a thousand op-ed pieces. And conversations closer to home, too; I can’t be the only one who had the parent-child sit-down: “Daughter, just what exactly is this Facebook business about?” (Tricky, but doable; but just try explaining Twitter to dear Dad in 140 characters or fewer.) 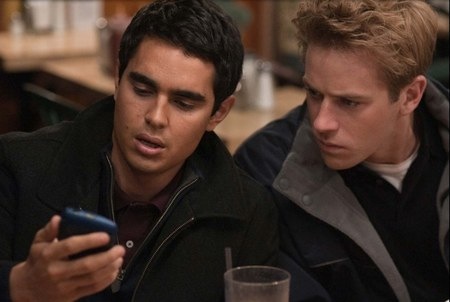 No avoiding social media in The Social Network, but it crept up in less-likely places, too. One used to worry with the advent of technology and so much instant connectivity that there would be no more of the missed connections that movie conflict hangs its hat on, most especially in romantic comedies. (Deborah Kerr never could have kept the ruse up about her paraplegia in An Affair To Remember – surely Cary Grant would’ve heard of her accident at the base of the Empire State Building via his Google news alert.) 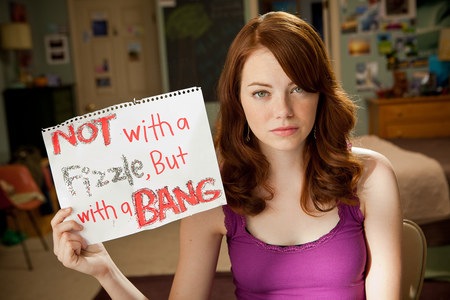 Two teen comedies of wildly varying quality mined the Internet and how it moves information for dramatic effect: The very clever Easy A and the deeply dumb The Virginity Hit both showed characters using webcams and blog testimonials to push the plot along, as well as texting and tweeting. Missed connections may be gone, but misinformation moving at the speed of type is just as effective a dramatic device. Of course, not every movie character was quick to embrace our modern mobility: Don't forget "Machete don't text" ... especially not in Texas. 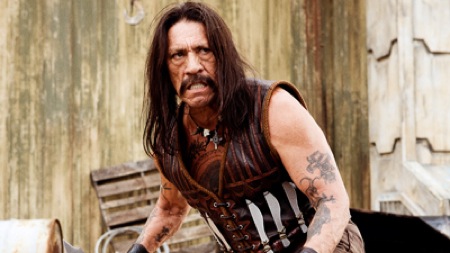 That’s all been fodder for fiction, or docudrama in the case of The Social Network. But Catfish was something else. Then again, maybe it wasn’t? The pitchforks were out for this documentary about a photographer who discovered he was spectacularly duped by an online “friend”; detractors cried foul and suspected the evidence had been falsified, or at the very least re-created, by the filmmakers. (Curiously, the far more celebrated Exit Through the Gift Shop, about an eccentric French entrepreneur’s involvement with the British graffiti artist Banksy, raised its own questions over authenticity, but critics cottoned to the idea of the film as a prank and gave it a pass.)

Catfish was released over the summer, which I think makes the discussion of its particulars fair game now (if you’d like to keep the mystery alive, stop reading now). It documents how a young photographer, Nev Schulman, befriended long-distance and sight-unseen a preteen art protégé named Abby. In time Nev became the intimate of Abby’s extended family and friends on Facebook and carried on an affair of sorts via phone and Internet with her older sister Megan. Eventually Nev, his brother Ariel, and their friend Henry Joost – the latter two, filmmakers –  sensed something rotten in Megan’s story; when they went to confront her at her home in Michigan, they discovered the woman Nev had been interacting with for months didn’t exist but rather was the whole-cloth creation of Abby’s mother, Angela, a dumpy, middle-aged Midwestern mom with a stressful home life and nominal art skills. Oh, but what a marvelous mind for invention. 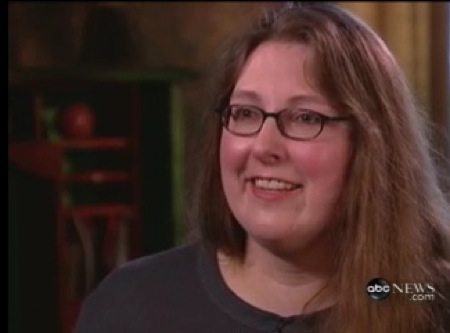 The film, somewhat disappointingly, is about the deception – Nev and the filmmakers’ slow unraveling of it and its traumatizing effects on Nev. But what is far more interesting is the mechanics of the deception, the depth and breadth of it: how Angela invented a sprawling cast of characters with elaborate online presences, highly detailed back stories, and corroborating photos (lifted willy-nilly off the Net). Angela added more characters along the way, whenever they were required to keep up the fiction or, again, to move information along.

I interviewed Nev, his brother, and Joost back in September, and for the sake of preserving the central mystery of the film, I reluctantly swallowed the best quote, from Ariel Schulman: He called Angela’s scheme “a living soap opera for an audience of one.” I think he just missed the mark: Angela was creator of content designed for Nev's viewing pleasure, yes, but crucially, she was an audience, too, to her wild machinations.

Using the preexisting infrastructure of Facebook – a site with a mission statement to “make the world more open” – Angela created her own Second Life, and third, and fourth, and on and on. In a year that movies wised up to the possibilities of social media for entertainment value, Angela made an entertainment all her own.