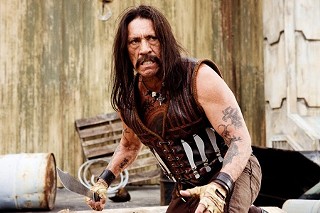 You sure you wanna piss this guy off?

Are they putting crazy juice in the water cooler over at the Texas Film Commission?

It's been a rocky couple of months at the Texas Film Commission, which saw its longtime director, Bill Hudgins, resign amid a sexual harrassment investigation in November. (Hudgins, who cited family reasons for his resignation, denied any wrongdoing.) Then came news yesterday that the Film Commission has rejected requests for incentive monies for Robert Rodriguez' Machete, which was filmed locally in 2009 – news that was received around town with a resounding "seriously?"

The rationale for the denied funds can be found in a controversial provision in the 2007 incentives bill (HB 1634) that bars funding to film or TV with "inappropriate content or content that portrays Texas or Texans in a negative fashion" – the same argument that famously derailed the proposed production of Waco, about the Branch Davidian sect.

True, local provocateur Alex Jones led the charge against Machete back in May, calling the picture an "incendiary race film," but the general assumption was that nobody was taking these complaints all that seriously: It is, after all, an over-the-top action film – Mexploitation, Rodriguez called it, as well as "pretty wacky" – not to mention a film by Rodriguez, who's been an essential player and personality for the Texas film industry. How essential? Gov. Rick Perry signed a revised incentives bill HB 873 into law at Rodriguez' Troublemaker Studios. (See video below.) Awkward much?

As for that pesky provision – we're not sure scaring off future film projects and demonstrating complete and utter humorlessness is doing a bang-up job of portraying Texans in a positive fashion. Just sayin'. 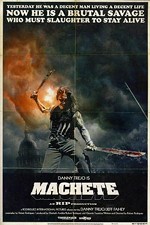