If you're not finished playing last week's featured Independent Games Festival entries, too bad. Because the fun (and/or learning, exploring, interacting) keeps coming with seven more games that range from bitterly disappointing to mind-bendingly innovative and Jackass inspired ridiculousness. See the full list of 391 entries here.

Need a refresher on what the parameters of this blog column are? Check last week's blog entry. Of course, I recommend you read all my blogs, but who am I to tell you how to spend your blog ready hours.

So let's jump right in:

This maze game plays with perspective in ways I've only seen in first-person shooters that have a glitch. Negative space becomes positive space and walls become an infinite expanse. Tricks to reveal the designer's clever illusions are learned quickly, but the difficulty ramps up just as fast. The final portions of the game are exceedingly tricky (perhaps to a fault). All in all, this is what the IGF is all about: slightly unpolished but innovative creations from the legion of game-makers on the fringes.

Like Feign, I had played Happy Wheels before and was pleased to revisit them both. Although the two games couldn't be more dissimilar. Feign has a classical tone and minimalist visual design. Happy Wheels has obese men on scooters and dweebs on Segways being impaled, launched, dropped, and demolished. What it amounts to is an impressively addictive physics-based game. You have to use speed, momentum, and a bit of skillful leaning to get your character to the finish line without meeting a grisly end. But the grisly ends are half the fun.

I wanted to dismiss this browser game as a standard indie platformer with a simple game mechanic, but after playing for a while I realized how uniquely difficult the controls felt. Your character (a square) moves automatically, turning around when hitting a wall, and it's up to the player to jump at appropriate times to get our four-sided friend as high as possible. Complicating matters is the fact that you must match the color of your character and the world around you to make surfaces solid. The combination of timing jumps and switching colors on the fly makes for a very quick but highly replayable experience.

This one is just a demo so it might evolve into something great, but as of right now I predict this is going to be a forgettable iPhone app. For now, use your mouse to squash randomly generated bugs. Barely cathartic.

A slight reimagining of Asteroids. Emphasis on slight.

Dubbing itself as an experiment in "adaptive music," I was excited to see what audio innovations the developers could come up with. Sadly the climbing/jumping controls were unintuitive to such a degree as to make the game unplayable. Maybe you will have better luck. Let me know what adaptive music is if you figure it out.

Another platformer where you take the control of a cat with a mission. The controls are clunky but serviceable. However, I expect this one to be lost in the pack.

This week's winner … Feign. There's something rare within this list of entries about a game that is fully realized with music, design choices, and gameplay that works as a whole. 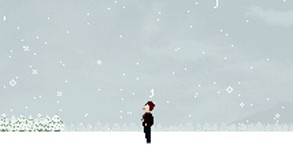 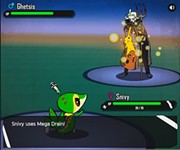