When the Leagues wrested back control of the Alamo Drafthouse brand in the beginning of summer, we assumed there’d be expansion. But who woulda thunk it would be into film distribution?

A press release sent out this morning announced the formation of Drafthouse Films, a new distribution arm that will first release the edgy British political film Four Lions, which previously screened at SXSW 2010. (The Chron called it an “extraordinary combination of high farce and lo-fi filmmaking ... a textured and incisive examination of what drives ordinary people to become suicide bombers – with added exploding crows for giggles.")

Writer/director Chris Morris will tour to ten cities with the film this fall, with a national release to follow. Bonus (speculative) for locals: Drafthouse Films will presumably not shrug off Austin as a second-tier market. That’s right: First dibs, baby.

And while we’re speculating – we can only assume the next press release to come out of Alamo HQ will be news of Tim League’s successful experiment in cloning. ‘Cause, honestly, we don’t know how he’s finding the time to helm the Alamo enterprise, put together Fantastic Fest, spearhead the creation of the American Genre Film Archive, and orchestrate all those machine gun outings...

Press release after the firepower.

Austin, TX---Thursday, September 9, 2010--- Alamo Drafthouse CEO and Founder Tim League announced today that he is expanding the renowned Alamo Drafthouse brand into film distribution under the banner Drafthouse Films (www.drafthousefilms.com).  The first film to release under the new label will be Chris Morris’s astonishing new comedy Four Lions.    Four Lions is a whip-smart laugh out loud comedy that illuminates the war on terror through satire and farce. Blitzing the notion that a comedy about jihadists is a contradiction in terms, the film grossed an astounding £3M at the UK box office and was hailed by critics as “a brilliant film – astonishingly funny” causing “so many different kinds of laughter its almost incredible”.   Writer director Chris Morris based the idea on extensive research. “These cells have the same group dynamics as bachelor parties and five a side basketball teams.  Plans are upset by arguments, egos, testosterone and idiocy. Terrorism is about ideology but it’s also about doofuses.”    Four Lions has taken the festival circuit by storm. Following its sell-out success as the buzz hit of the Sundance Film Festival, Four Lions packed the coveted closing night slot of South by Southwest, won the Independent Camera Award at Karlovy Vary and was voted Best Narrative Feature by audiences at the Los Angeles Film Festival.   “I’ve been a huge fan of Chris Morris’ comedic television and radio for years.  To launch our new distribution label with what I consider to be a modern classic is a dream come true,” said Tim League.   Four Lions will kick off a 10 city promotional screening tour with Chris Morris in attendance in mid-October.  The film is slated to release this fall in New York, Los Angeles and Austin and will expand wider in the following weeks. ---more---

In a British city, four men have a secret plan. Omar (Riz Ahmed) is disillusioned about the treatment of muslims around the world and is determined to become a soldier. This is the most exciting idea Waj (Kayvan Novak) has ever heard. Better still it’s a no brainer because Omar does his thinking for him. Opposed to Omar and everyone else on earth is the white islamic convert Barry (Nigel Lindsay). He’d realize he joined the cell to channel his nihilism - if he had half the self knowledge of a duck. Faisal (Adeel Akhtar) is the odd man out. He can make a bomb – but he can’t blow himself up just now coz his sick dad has “started eating newspaper”. Instead he’s training crows to fly bombs through windows. This is what Omar has to deal with. They must strike a decisive blow on their own turf but can any of them strike a match without punching himself in the face?

Four Lions plunges us beyond seeing these young men as unfathomably alien. It undermines the folly of just wishing them away or, even worse, alienating the entire culture from which they emerge.  The film is neither pro nor anti religious. The jokes fly out of the characters’ conflicts, excesses and mistakes. Crackling with wit and tension, Four Lions is the essential response to our failure to engage with reality and a high toast to the idea that laughter is better than killing.

About Alamo Drafthouse The Alamo Drafthouse is a lifestyle entertainment brand with an acclaimed cinema-eatery, the largest genre film festival in the United Sates and an online collectible art store. Named "the best theater in America" by Entertainment Weekly, the Alamo Drafthouse Cinema has built a reputation as a movie lover's oasis not only by combining food and drink service with the movie-going experience, but also introducing unique programming and high-profile, star studded special events.  Alamo Drafthouse Founder & CEO, Tim League, created Fantastic Fest, a world renowned film festival dubbed "The Geek Telluride" by Variety.  Also regarded as the "Comic Con of film festivals" Fantastic Fest showcases eight days of offbeat cinema from independents, international filmmakers and major Hollywood Studios.  The Alamo Drafthouse's collectible art boutique, Mondo, offers breathtaking, original products featuring designs from world-famous artists based on licenses for popular TV and Movie properties including Star Wars, Star Trek & Universal Monsters.  The Alamo Drafthouse Cinema is expanding its brand in new and exciting ways, including the launch of Drafthouse Films, a new film distribution label and plans to extend its theaters and unique programming philosophy to additional markets across the United States. 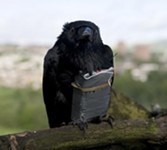