Another week, another Fantastic Fest advance screening: Last night saw a special sneak peak at The Last Exorcism, with director Daniel Stamm and producer Eli Roth in attendance at the Alamo South Lamar. 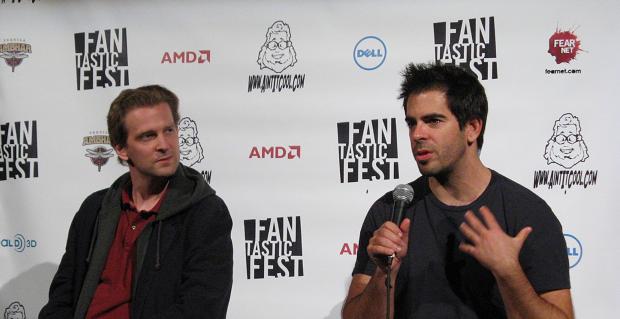 Last week it was Scott Pilgrim Vs. The World (read our coverage of the night here and Marc Savlov's cast and crew interview here), and this week the Austin audience got to experience the new mockumentary shocker (read Savlov's extensive interview with Stamm and Roth here.)

Roth admitted that he was glad to be back in front of an Austin audience ("When I'm making movies, I imagine you guys watching them") and he also had some particular praise for the cinematic experience of being back in screen two at the Alamo South Lamar. He said, "We were drooling watching this. We were sat there thinking, fuck, every audience should see it like this."

The Last Exorcism's producer came here eight years ago with a little film called Cabin Fever under his arm: He had to pay for the flight with his own frequent flier miles, but once he was here, he said, "When I say the Austin film community embraced me and welcomed me, I mean that literally." One film fan loaned him a bed, while Alamo Drafthouse CEO Tim League let him borrow his car.

Stamm has his own Austin experience, having debuted his directorial debut A Necessary Death at SXSW 2008. Austin audiences have a particular reputation, he said. "You are the real deal. You are not cynical, and you will be honest."

That and, it seems, well-educated on issues eschatological. Much of the post-screening Q&A involved audience theories about the religious aspects of the script. "That's what I love about exorcism films," joked MC/Ain't It Cool News head geek Harry Knowles. "It gets horror geeks talking about God."

The creative team spilled a lot of beans about their Louisiana-set, occult-themed movie. First up: The name. While the only thing the lo-fi frightener has in common with The Exorcist is the name, Stamm did call it "the elephant in the room." The project was briefly named Cotton (after Patrick Fabian's character, Preacher Cotton Marcus) but they went with the final title, Roth said, because if "you use the word exorcism, you know what space you're in." However, he admitted that it had been a little too comfortable for staff at the MPAA, who asked him about one particular scene in this film: Only problem was that they were thinking about a scene in William Friedkin's classic. Roth took the compliment. "It shows the power of that movie," he said.

The Last Exorcism opens on Aug. 27: Check out the trailer below: 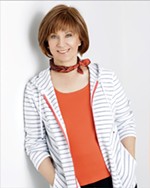