The Austin landmark is set to close on Sunday 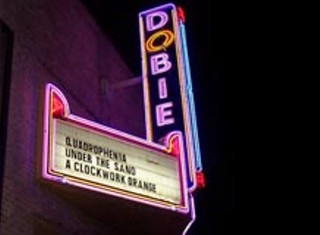 The theater's shuttering was pretty much a foregone conclusion when Landmark Theatres announced earlier this year that it was letting go of the property. Its small, oddly shaped theaters no longer enticed serious cineastes, especially once the arthouse/foreign market began to open up in Austin to newer, snazzier theatres.

Still, I think a lot of people are about to get awfully sentimental about this news – including me.

I can't remember the last movie I saw there – I'm embarrassed to admit how unessential the theater eventually felt – but I can tell you the first film I saw at the Dobie: Soderbergh's Schizopolis. It was my very first night in Austin, having just transferred to UT from Boston University. I didn't know anybody, and, on account of the late-in-the-game transfer, the only housing left was at Dobie. Rich kids and frat pricks, I sniffed. On top of a food court, no less.

Then I rounded a corner and discovered I was 14 flights up from an arthouse theater. And that's when I knew I was home.

The Dobie will probably be best remembered for its extended runs of Slacker (it screened there for weeks before it sold to Orion) and Hands on a Hard Body, the first QT fests, and Scott Dinger's stewardship in the Nineties. You can read the Chron's piece about Dinger's departure in 1999 here, in which Rick Linklater, John Pierson, Nancy Schafer, and others talked about what made the theater Dinger nurtured so great. 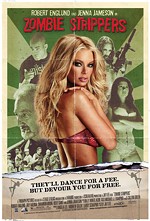