The GLBT film festival with the wide stance

I hope you'll be kind enough to forgive my recent silence on the subject of Outfest. I've been processing. 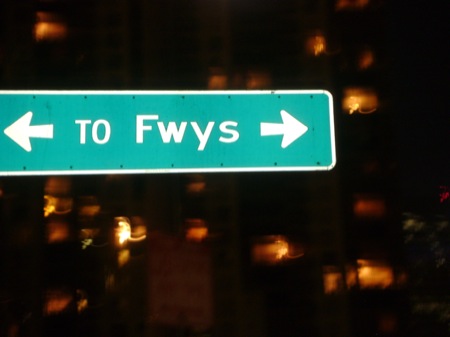 No getting around it

It's been eons since I returned from the LGBT film festival in Los Angeles, but it took a while to come down from the good vibrations, not to mention ping-ponging around L.A. and environs, where every location (including the freeways) seems either legendary or the embodiment of some sort of faded modernist glory. Or, despite its westerly coordinates, the place where Middle America was actually born.

Between sporadic gawking forays, I explored Outfest's delights, some of which surprised me. There was, for instance, no discernible snobbery on display, as is often a festival bane – no badge-sniffing, no sneering at the nobodies and shmoes. At least not in public. No one freaked out (too much) over stars, even Jane Lynch or Wilson Cruz, who popped into the non-velvet-roped festival lounge, cute as ever. Maybe Meredith Baxter, a little. So I've heard. Outfest's staff, including (especially) Executive Director Kirsten Schaffer, was welcoming, accessible, efficient, and ... fun. Fun! If they were harried or freaked out, they kept those feelings on the inside, where they belong.

But programming is king (or queen), and 2010 found Outfest pushing boundaries of identity politics while showcasing quality filmmaking.

That the festival screened Le Tigre: On Tour was indicative of this intent to expand definitions of the term "queer film." The film premiered in the so-nice Ford Amphitheatre, with band member/matinee idol JD Samson present and winning as ever. 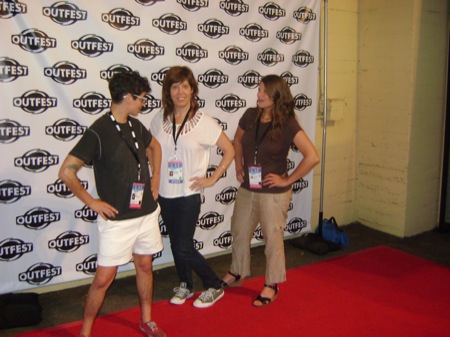 (I would be remiss if I did not mention the Ford's charming quirk of tasking one of its staff members with gliding through the lobbies playing the familiar "the show's fixing to start" notes on a xylophone thingie as the sun sets. On Le Tigre night, that person was the lovely Meital – sounds like "Maytals" without the "s" – pictured below.) 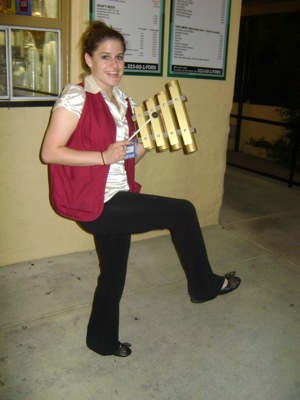 Le Tigre: On Tour was directed by my friend (and my trip's raison de etre) Kerthy Fix, so I should recuse myself from evaluating its merits (stupid ethics!), but I will note that a portion of the audience was dancing in the aisles during the screening. 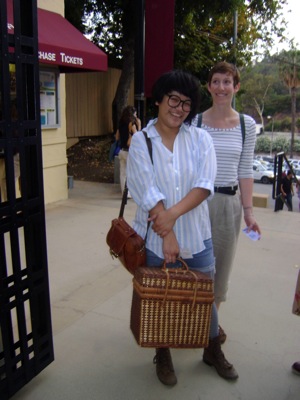 Less dancing, more brooding was perhaps the unofficial slogan of Fix's other film at the fest, Strange Powers: Stephin Merritt and the Magnetic Fields, which took home the best doc prize. Merritt's attendance and Q&A, as well as the film itself, reveal a complex talent who's as witty and silly and charming as he is brooding, of course – cultivated reputation to the contrary. 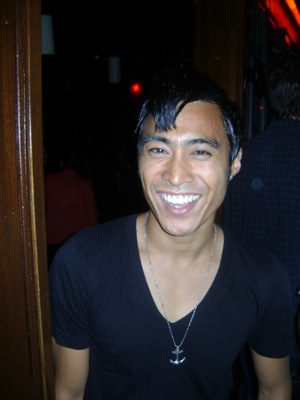 Austin director, cinematographer, and all around peach PJ Raval was, as in real life, everywhere. In addition to attending screenings and events surrounding fellow ATXer Kyle Henry's Fourplay: San Francisco and experimental short "Mouse's Birthday" (he was DP on both), the seemingly tireless filmmaker was on various Outfest juries and panels, having already been in L.A. shooting with Silas Howard of By Hook or by Crook and musical fame (with Tribe 8 and solo). Howard is directing the upcoming Cooler, which Raval describes as an "L.A. urban fairytale" featuring Justin Bond, Nao Bustamante, Ernesto Foronda (who co-directs as well), and other talents. Look for more outrageously good things from Raval soon.

One of the best things, of many, Outfest does is collaborate with UCLA on the Legacy Project, a program to catalog and preserve GLBT film from all eras. The jaw-dropper this year was 1965's Queens at Heart, restored from four prints, as the original has been lost. Strange, stilted, and an accidentally perfect style document, the film amazes with its intimacy, poignancy and, in every sense, realness. 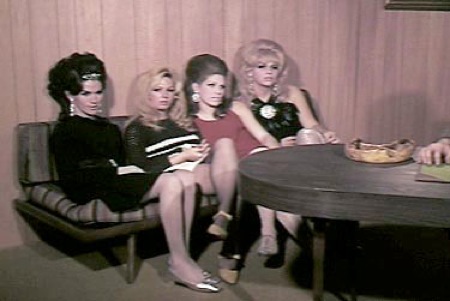 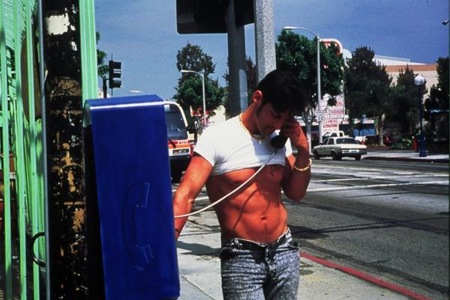 Hustler White was no less real for being a below-low-budget, on-the-fly, hot/nasty sort-of take on Sunset Boulevard, this time featuring the latter film's titular street's heyday as hustler paradise in the 1990s. The Rick Castro/Bruce La Bruce-directed time bomb was Samson's pick for the Legacy Project, which each year asks five musicians, journalists, and filmmakers to choose and introduce a film from its collection. She noted the film's huge aesthetic influence on her, among many other culture-shifters, and its zeitgeisty quality, as well as its nonstop homages to classic Hollywood movies, made perfect sense. One of the last films to screen, it served to underline the fact that, true to its rep, Outfest had just kicked the GLBT film fest bar up several notches. Again.