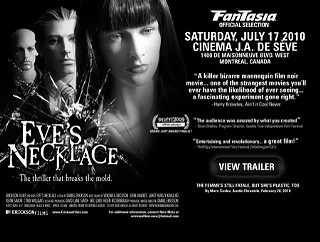 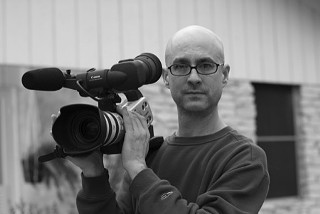 Mannequins on the move in Montreal

We were surprised and delighted (and let's be honest: more than a little creeped out) when Austin filmmaker Daniel Erickson recently reappeared on the scene after a twenty-year hiatus with his eerie Eve's Necklace. Creeped out due to the fact that the entire cast is composed of inanimate mannequins, delighted because the conceit is genius.

After a spate of initial screenings in and around Austin (and a Chronicle feature, here), Erickson, whose previous feature was 1989's Scary Movie – which featured a deliciously deranged performance from noneother than Lost's John Hawkes – headed west and packed the house(s) as part of the American Cinematheque's film noir series at the legendary Egyptian Theater.

Via email, an obviously giddy Erickson had this to say about his Egyptian experience:

"The Egyptian was awesome, and the audience was the most enthusiastic yet, and everyone stayed for the Q&A (it was moderated by a writer from American Cinematographer Magazine (Jim Hemphill) and the audience was majorly into the film. We think there must've been industry people there, we did place a trade ad in the Hollywood Reporter and during the Q&A there were numerous suspicious-looking suited guys video taping every moment with their cell phones. It was especially great to have John Hawkes there, who ironically just returned earlier that day (bleary-eyed) from the Dallas Film Festival promoting Winters Bone, which you probably already know he stars in and which won at Sundance."

As a longtime friend of The Chron and one of the most consistently (if sporadic) visionary and 100% indie filmmakers Austin's ever produced, our congratulations to Erickson and the entire Eve's Necklace crew. Huzzah!

The Femme's Still Fatale, but She's Plastic, Too
Daniel Erickson on his all-mannequin noir, 'Eve's Necklace'