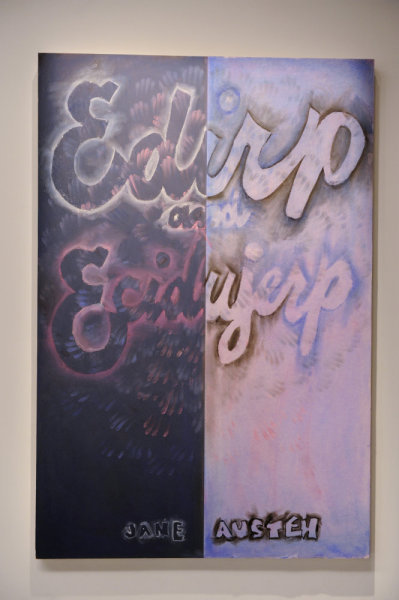 Judith's work of art that sent her packing. (Photo by NBC Universal Media)

Will you take a look at this mess? This is all that artist Judith could muster on the last episode of Work of Art on Bravo. Yeah. I’m watching it. Dissecting it. Loving and hating it.

This week’s challenge was to design a book cover for a classic novel. Judith’s (along with resident dingbat Jaclyn) had Jane Austen’s Pride and Prejudice as their novel. The idea was to capture the spirit of the book. Judith kept yammering that she was a serious artist (or, "going off on crazy, cuckoo rants," as the gifted artist, two-time challenge-winner, and equally cuckoo Miles quipped) She didn’t have time to make art on demand. Then why is she on this show? Oh, to win some money, a bit more notoriety than she has now, and some swell art supplies.

Judith apparently thought she was being cheeky and edgy making viewers of her work feel stupid when they couldn’t figure out her text. (She wrote Pride and Prejudice backwards). But at least she spelled the author’s name correctly. Jaclyn, who admitted to never having read the book, misspelled the author’s last name (Austin instead of Austen). Jaclyn spent so much time photographing herself in the nude and preening in front of the mirror, only to create a piece that was mainly an opportunity to show off her lackluster watercolor skills, her naked back, and her cluelessness. Her time would have been better spent reading the book, as wacky Miles did, spending the first few precious studio hours reading Mary Shelley’s Frankenstein, cover to cover. (He loved it!)

The winner of this week's challenge was John, who’s cover for the Time Machine was eye popping, curious, and simple without being too ordinary. I agreed with the judges that said that it was the use of the small, hand-drawn ladder that made the image come alive as something other than an abstract piece. It made you realize that the thing was a device that had a purpose—other than looking like a two-headed pineapple, which was true—one face looking back, the other, looking forward. Take a look. 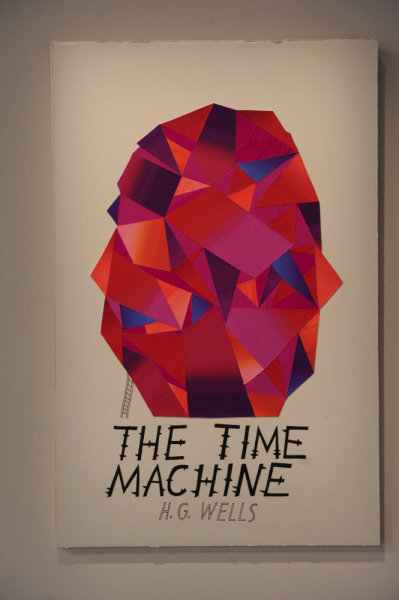 John's winning work. His cover will appear on a Penguin edition of The Time Machine in the U.S. (Photo by NBC Universal Media)

This week’s episode was predictable. As soon as John asked, “What does someone have to do to win a challenge?” I suspected he was this week’s winner, just as I suspected it was time for the interesting but tiresome Judith to head on home. Hmmmm … .I wonder who’s going to make a play for her now vacant single bedroom in the living quarters?

New episodes of Work of Art air Wednesdays at 9pm on Bravo.

Work of Art Recap
it's down to the final three in this could be better reality series. 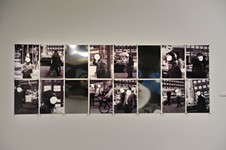 Work of Art Recap
Two more, out the door

The Digerati Dish on YouTube Success
What do you mean there are YouTube celebs who aren't cats?